As « creations » may produce by themselves projects where only their speciality is concerned, or work together. The teams need to be able to meet spontaneously for brainstorming, show cases.

The reshaping project also relates to other associates of the "hub": teams of advertisement production + visual identity, Art Purchasing and Traffic.

The «Hub» is a creative hive which livens up according to the rhythm of its occupants who are their actors. Thus they have to get loose clearly, like in a screen, or to be able to fade behind the screen.

"BLACK" atmosphere in the lobby to indicate a map change: we get into another universe. The image on the big screen is a symbol of the current campaign.

« WHITE » universe inside, place to creation. The neuralgic center of the "Hub" is the Arena, central space of convergence equipped with a modular system of curtains, furniture, collapsible tiers for a variable configuration.

The Arena is implemented in front of a reception space. Everywhere, a succession of individual desks.

Philéas has created a space which illustrates the own dynamics of Euro RSCG : it is adjustable to the agency news, it may be divided or can open up, be isolated or be open according to the current goals and strategy.

Its movable morphology is an antidote against boredom. It invites to take a new look and to change perspective. The space is neutral, shining, in the air. It lives in symbiosis with the team who spends a lot of time inside, in a framework always in movement. 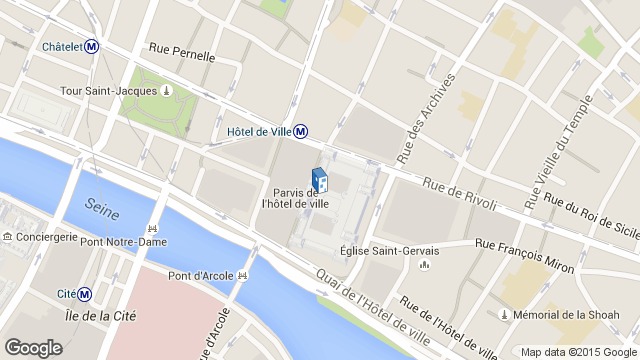