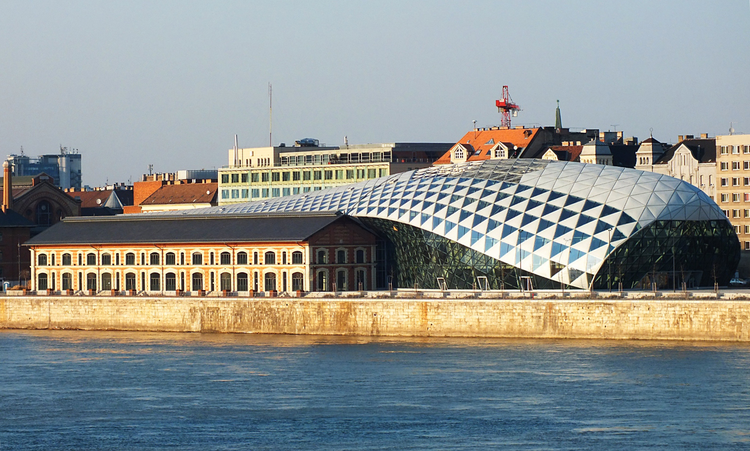 CET is Central European Time. CET is also a synonym for a whale. The Mixed Use De­velopment CET at the Közraktárak between the Petofi and the Szabadság Bridge is both. The CET concept refers to Budapest as an important metropolitan centre in the heart of Central Europe. The CET shape refers to the smooth and friendly streamlined body of a whale. The new CET development has the potential to put Budapest once again on the map of the world. Name and shape of the CET symbolizes its cultural po­tential and commercial pole position in one of the best preserved cities in the world.

Flow. The river Danube fascinates in Budapest for its fast flow on its trajectory down­ward from the Schwarzwald to the Black Sea. While the Danube both separates and unites Buda and Pest, the CET aims at re-establishing visual contact at this point between the two sides of the river. Newly planned inviting terraces will visually open the once hermetic Közraktárak to the University and the Gellért Hotel. Hopefully a watertaxi system will be re-introduced to create direct connections for the people between the two sides as well. The body of the CET landmark building is developed along the flow of the Danube. Its architectural and urban expression evolves with the direction of the flow. The CET’s origin stems from the side of the city centre, grows in size between the two parallel existing buildings of the Közraktárak and then culminates at the south side, the side of the National Theatre and the new Cultural Centre, in a striking landmark build­ing representing the state-of-the-art in architectural design and building technology, its impact on the city will be not unlike the removed Elevator Building from the 19th Century from where the goods were distributed to the 6 warehouses which originally occupied the banks of the Danube.

Transformation from Old to New. Three of the 6 warehouses are now remaining, and the brief requests to keep at least 60% of the volume intact, while rightfully demanding to take away the first 20m of the 2 warehouses closest to the city to create a small square to improve the connection with the city south of the beautifully renovated Vásárcsarnok. Taking this into consideration, the design team proposes to develop the Közraktárak landmark complex in a smooth transition from old to new. The first two warehouse buildings will be carefully renovated while adjusting the size of the vertical windows as to open up the hermetic nature of the buildings to the Danube, to the interior gallery and reach out to the adjoining district with the successful Ráday utca nearby. 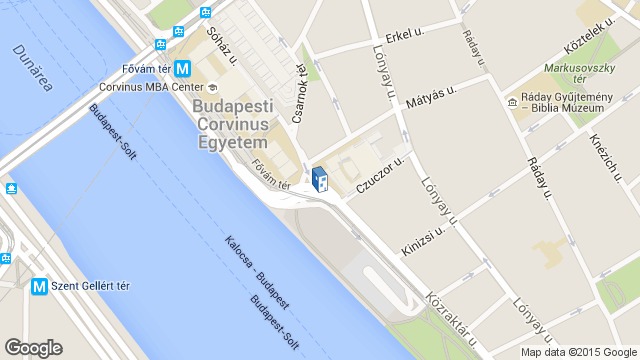 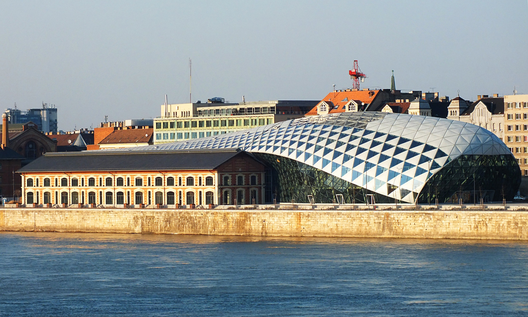