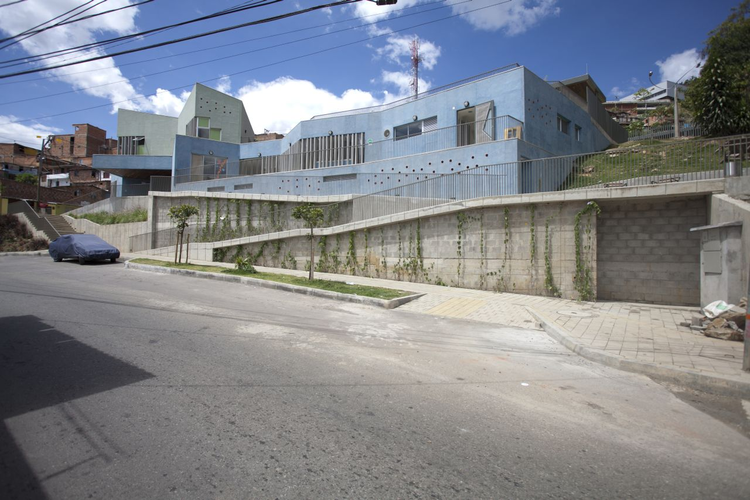 Text description provided by the architects. Set on a steep (22%), and rocky slope, this project chose a modular approach that could adapt to the topography without the use of expensive dynamite to break the existing rocks. For this reason, the project is assembled in two levels that connect through covered ramps. The kindergarten articulates with the neighborhood by seeking to avoid the demolition of existing buildings and by adhering to strict distance and withdrawal regulations.

A modular strategy consisting of flexible pieces allows us to set the kindergarten around a compact, two-level, head and a longitudinal tail at the top a level. The “head” is occupied by younger children and revolves around an introverted courtyard. The tail, occupied by older children, defines a longitudinal terrace for playing and sightseeing.

Buildings at the Santo Domingo Quarter are typically self-construction homes in red brick and concrete flat roofs, which allow vertical growth over time. These buildings gradually grow in height and shift their reddish appearance by plaster and paint of different colors that inhabitants enjoy and understand as higher-quality buildings. Given this scenario, we wanted the project to bring to evidence the changes in height, staggering, and the quarter’s geometrical irregularity and diversity, as well as its washed granite finishing in shades of green and blue, seeking that the new infrastructure be readily recognized and at the same time that would organically articulate to the life of the quarter. 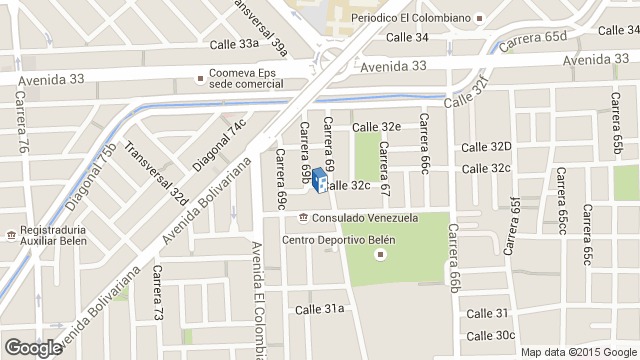