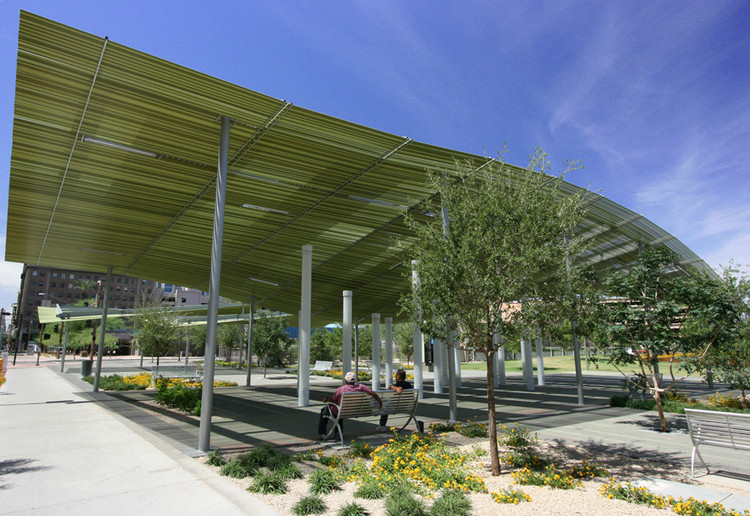 Text description provided by the architects. The Phoenix Civic Space weaves together the downtown community with ASU's Phoenix Campus to create a vital urban center adjacent to the city's new light rail system. Floating above the park, four canopies create a series of outdoor rooms defined by undulating green planes that reflects the park's corrugated topography. This rhythmic scrim is comprised of standard electrical conduit and unistrut hangers: a syncopated pattern and variegated color scheme transform these off-the-shelf components into a rich textural surface that appears to constantly change density as it flows overhead. A second layer of shading is provided above the scrim by photo voltaic cells set in transparent panels that follow the warp of the structure and supply enough power to light the park at night. 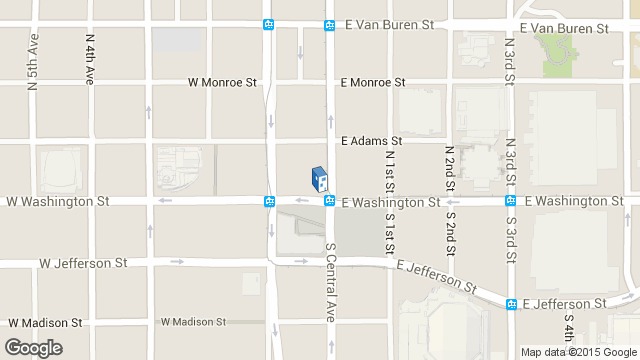 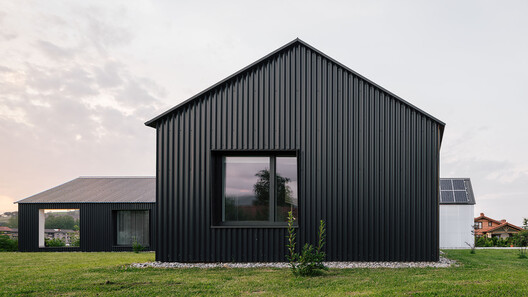 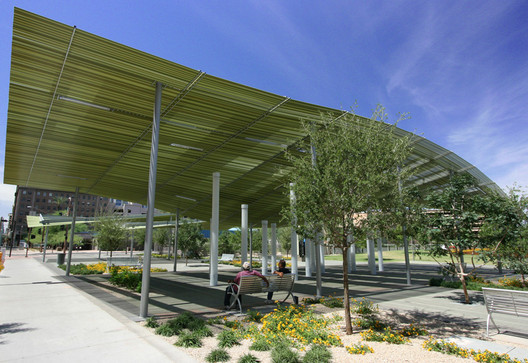