Save
The Shelter / KG Studio + Associates 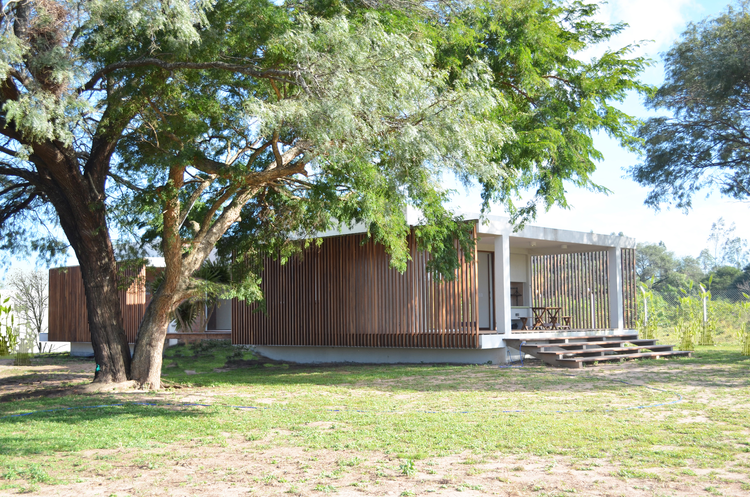 Text description provided by the architects. The project is located in a plot in Villa El Carmen, private estate of approximately 30 hectares, inserted in an area of 3550m2, in Santa Cruz de la Sierra – Bolivia.

In spite of its central location, the context is of low density urban, where are grouped houses located in land of more than 3000m2. The urbanization has a strict urban regulations, which does not allow construction of more than one floor, with a maximum occupancy of 65% of the field. Promoting a concept of country-house, where it gives priority to a context of open air and poorly structured.

The project was thought like a second residence, which must be functional but especially it must be a propitious space for the relaxation.

It is absolutely rational criteria, which directly respond to the context in which the project is located.

It is a body suspended from the ground one meter, giving the impression of a single piece floating.

The composition is done through a central axis which distributed to the different rooms and it's also a starting point as a space to projected inside toward the outside. The central axis makes the transition between indoor and outdoor areas as smooth as possible. Whole House absorbs what is happening outside, as a space more in its composition.

The climate in Santa Cruz is: high temperatures, frequent rains and strong winds almost throughout the year. Management concepts that bring us closer to even responsible for architecture and aware of the environment, was one of the ideas of starting.

The House is surrounded by an intermediate and transitional space protected by a second skin, which controls and take advantage of the maximum efficiency of ventilation and natural lighting. Providing total privacy to the interior of the House, but at the same time total opening from the inside to the outside.

In addition to the second skin, also there is placed a light covering of fibro azfalto, Onduline, which a camera generates with the false roof, favoring to the interior thermal quality of the house. Thanks to its few slope, we can hide the inclined roof, simulating a flat roof, that is not usually used by so much rain in Santa Cruz.

These two gestures maintain the house fresh, without cooling it artificially and it receives entire clarity without being affected by glare. 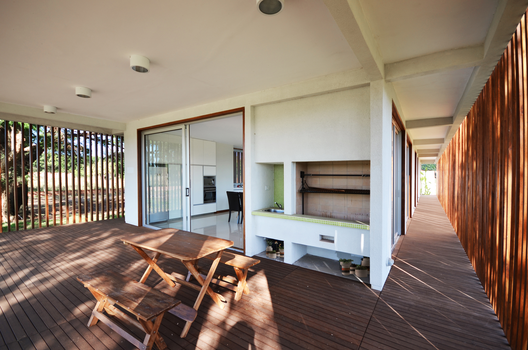 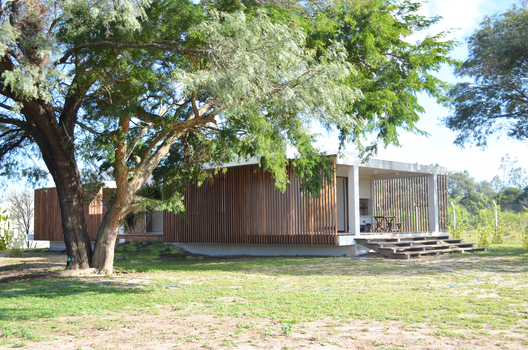