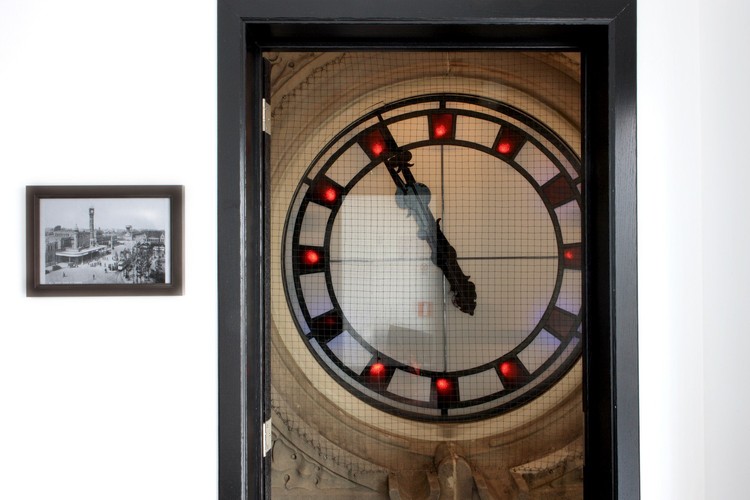 The Japanese artist Tazu Rous (aka Tatzu Nishi, Tazro Niscino, Tatzu Oozu and Tatsurou Bashi) creates spatial ‘encounters’ with unusual proportions using iconic objects taken from public space. He transforms lamp-posts, parked cars and monuments into oversized objects in domestic settings. When he arrived in Europe in 1987 he was struck by the excessive – but also familiar and thus almost unnoticed – presence of public monuments and statues in the streets. By enclosing them in unexpected private settings they can be experienced anew, or ‘differently’.

Rous was also invited to Ghent by the S.M.A.K. in 2005, when, under the name Tazro Niscino, he created an artistic intervention on Sint-Annaplein. He enveloped the bronze statue of Christ high on his pedestal, surrounded by the roar of heavy traffic, in an atmospheric bedroom. For TRACK he is constructing a hotel room setting around the tower of Sint-Pieters Station. The division between public and private space is eliminated, because the huge clock that normally towers high above the people will now come palpably closer. In the intimacy of Rous’ room, the visitor comes face to face with a public monument which, in the course of his daily routine, he always observes at a distance, only half consciously and in a fraction of a second.