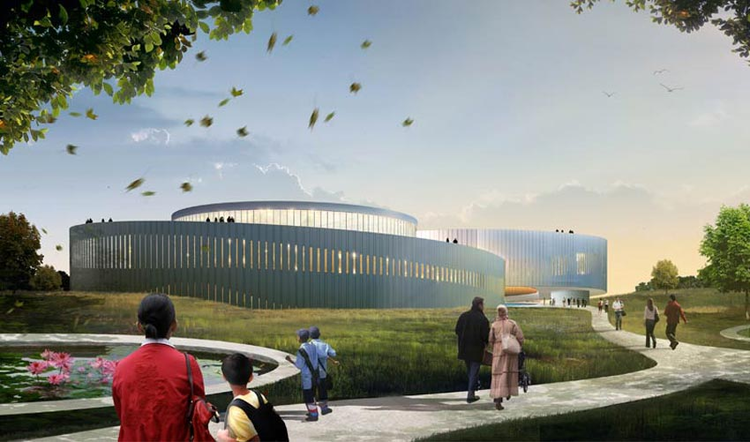 Text description provided by the architects. After adjusting the design of the competition scheme, the Samaranch Memorial Museum construction is well under way. The museum is expected to be completed by the end of 2013.

Juan Antonio Samaranch, the president of the International Olympic Committee from 1980 to 2001, devoted his life to the Olympic. Throughout his presidency he advocated for reform and inclusion and was a strong supporter of Chinas bid as host city for the 2008 Olympic Games.

The five interlocking rings of the Olympic Logo serves as the foundation for the buildings design.

By re-arranging the rings and varying the scale we are proposing a museum consisting of two rings above ground and with 3 sunken courtyards.

The two main rings serve as counterparts in the story of the life of Juan Antonio Samaranch.

Together the two rings create a continuous loop taking the visitor through both the exhibition and memorial areas.

The surrounding park design is includes art and activity zones anchored by a new lake.

The Samaranch Memorial Museum is designed to take full advantage of green technologies. Solar cells is designed to be installed on the buildings roof and geothermal heating and cooling will provide climate control.

“ With the design of the Samaranch Memorial Museum we propose to merge two existing typologies: the memorial and the museum. This new combination allows the building to both honor the life of Juan Antonio Samaranch while simultaneously creating a place which focuses on the true legacy of the Olympics: creating opportunities for people to meet and celebrate across cultural and geographical boundaries.” 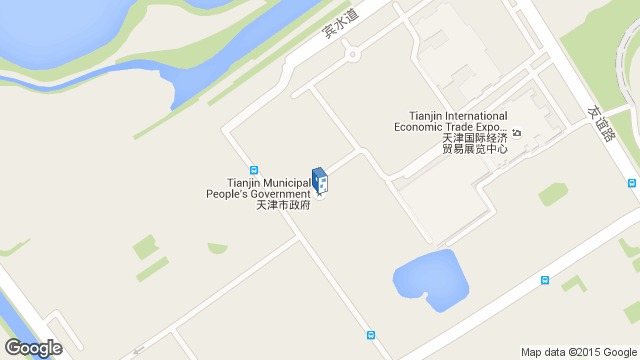 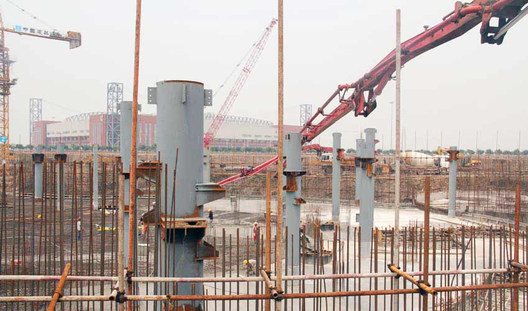 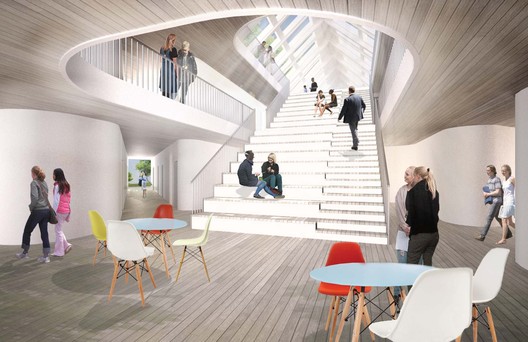 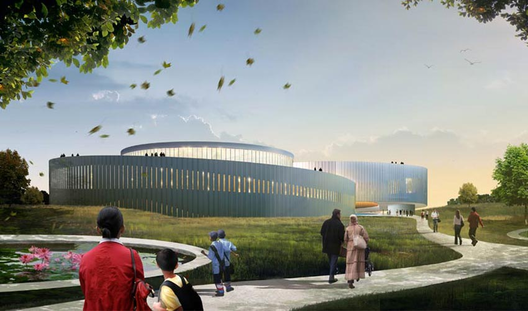