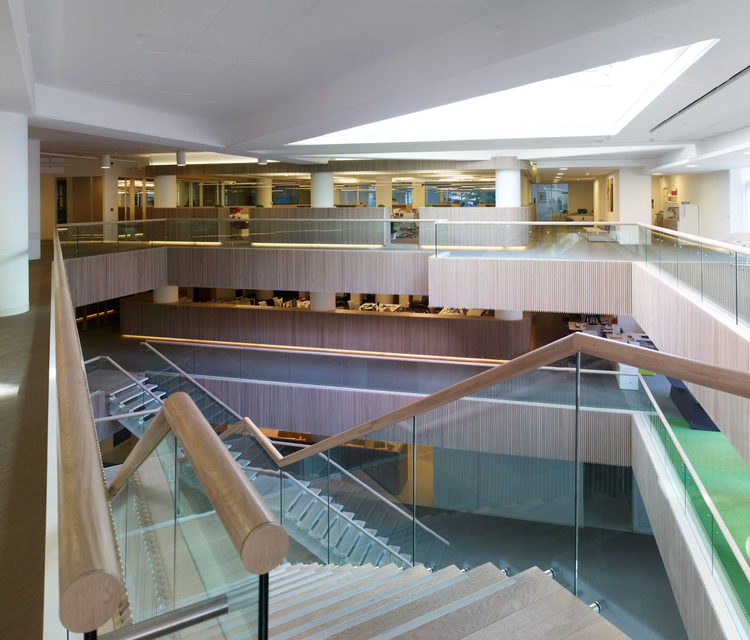 Text description provided by the architects. Their location notwithstanding, shopping centers lacking proper investment plans fail to compete against newcomers and their commercial lifespan is shorter than expected. Built in Etiler, which is considered the “uptown” of İstanbul and duly named “Uptrown,” the 5000 sqm structure originally conceived as a mini mall constituted such an example and, following several changes of function, a decision was made to rent the property out to TBWA Advertising Agency to be used an office building.

An important challenge was to let natural light into the office space, the larger section of which was located on the basement and subbasement levels with little light penetration. Thus, certain structural changes were introduced.

TBWA is renowned as a creative agency in Turkey and thus sought to reflect its identity on the space. Following the discussions with the agency management, it was decided that the new offices would not merely function as work spaces, but rather house a range of curatorial events and organizations, as well as panels, audio-visual events, pecha kucha discussions, installations and performances.

Consequently, the overall character of the agency is tranquil and serene; the workspaces are installed around the common areas and resolved optically, without touching one another. The work zones, transparent meeting rooms, and the central gallery are covered with the same acoustic wood material, thus yielding a neutral space that can serve as a background for a mini museum to be created in the common areas. 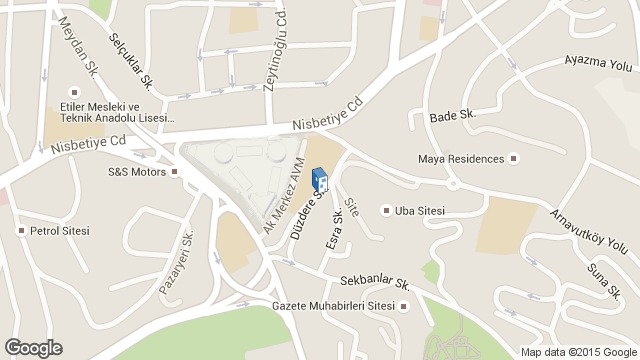 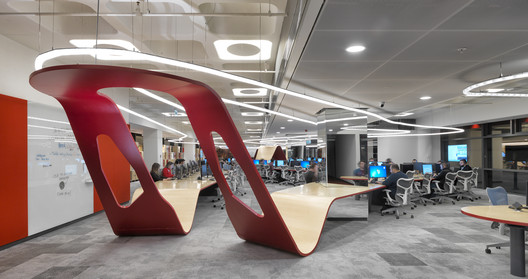