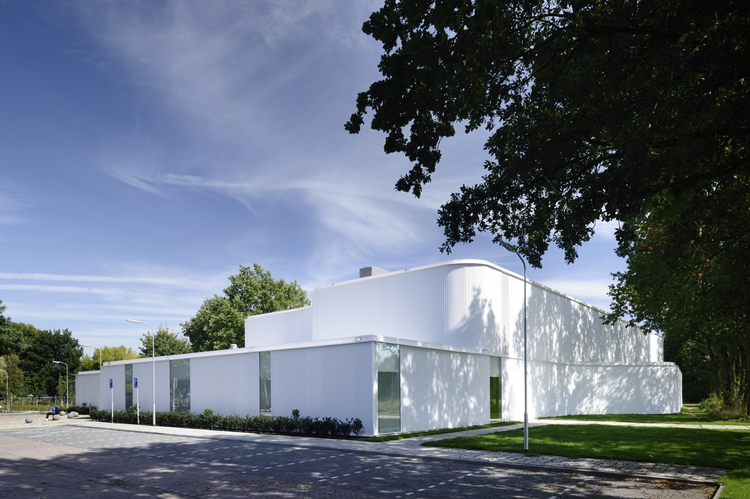 Three existing trees define the shape of the building which literally flows around them. On the entrance zone, looking out over the trees, a meeting place is created which in the future can have a multi-use purpose with, for example, a children’s daycare facility.

The volume of the building is divided into two horizontal strips which fold separately enveloping the programme and reacting to the surrounding greenery. The rounded corners and metal cladding with variously spaced vertical ribs generate a play of shifting grays that contrast with the green context. Big glazed facades create a strong connection between the interior and outside and a large translucent facade brings natural light into the sports hall and gives the building a distinct character during nighttime. 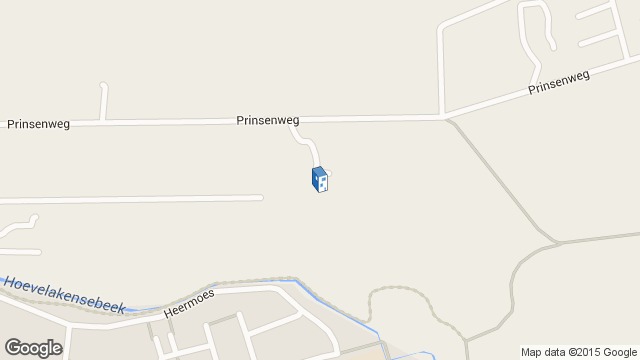 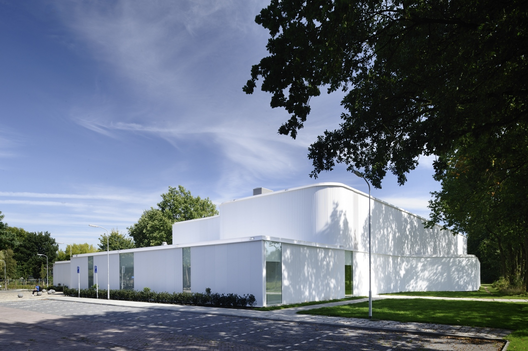