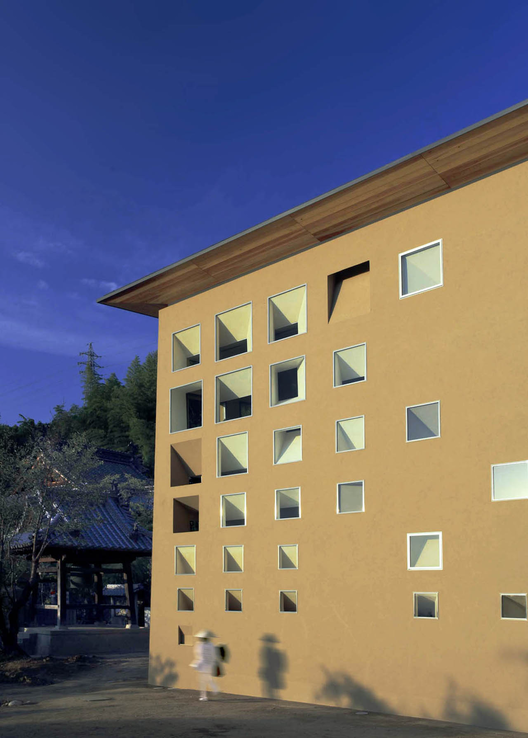 Text description provided by the architects. This project is composed of four wings including Enbutsu-do Hall at Eifuku-ji Temple in Ehime Prefecture, Shikoku, Japan. Enbutsu-do Hall, house for chief priest, should be such a place as a cave which keeps his private life quiet from many visitors to the Temple.

Each of 77 windows cut oblique through the 700mm (max.) thick exterior walls has its own function, and plays its role freely in the thickness of the wall. The one that puts light from the sky in looks upward, and the other that interrupts summer light and accepts winter light looks northwards. Taking the surrounding elements of various scales such as visitor’s circulation, placement of the main hall, appearance of the mountain behind, and movement of the daylight into consideration, the windows with different inclinations are pierced on the exterior walls.

The building was completed in autumn, 2011. 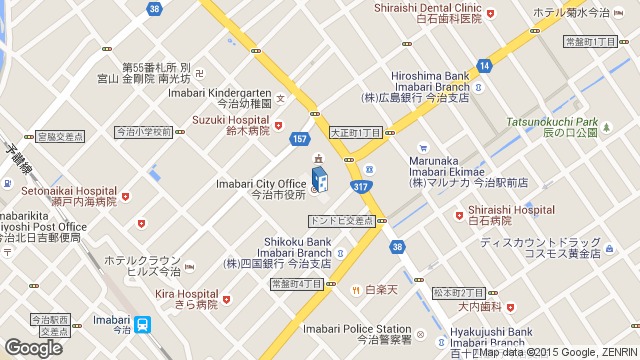