Save
Health Centre and Houses for Elderly People

Text description provided by the architects. The project is located on an area with a landscape of great importance for its intrinsic agricultural tradition, characterized by the presence of terraces built with dry stone walls of considerable size. A compromise between the design philosophy and the morphologic complexity of the soil had to be reached due to the peculiarity of the settlement type. On that account, emerges the idea of a single façade towards the valley and its bending profile which simulates the soil contour lines.

The purpose has therefore been this one of merging the new presence with the existent through the functional reuse and integration of the existing rural buildings to the new structures. The union element derives from the concept of the farmyard, a typical aspect of the farmhouses of Tuscan hills. In cases of high incline, the farmyard is characterised by an excessive size basement such as to compose a roof garden. Here the farmyard level determines the level of the pre-existing structures and this one of the access to the complex.

Consequently the residential units are located in the volume which is formed between the boundary wall and the hill slope. The organization of the complex includes the units arranged in a radial grid overlooking the valley according to a repetitive system in two levels. The basement offers a free gaze towards the valley through a play of solids and voids which was achieved by a two-level “wall”. The presence of this wall functions as a double-skin diaphragm: a glass-wall skin which permits a direct contact with the guest rooms and a second one located at a distance of 1.80m from the first.

It is a perforated stonewall with random openings which makes every single room identifiable despite the plan configuration. The external façade of the wall has a local stone cladding, taken from the excavation site, as an evocation of the dry stone walls, typical of the Tuscan countryside. 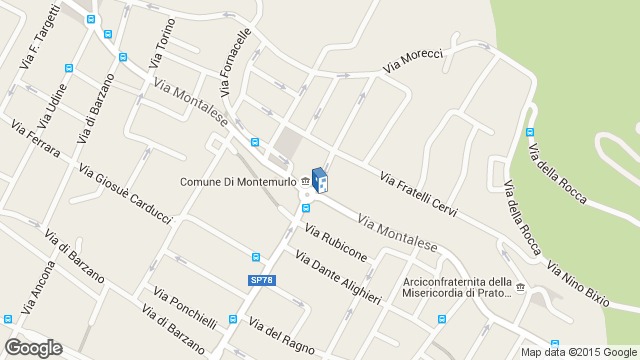 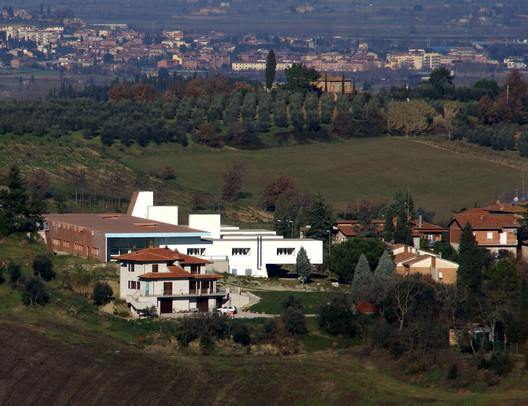