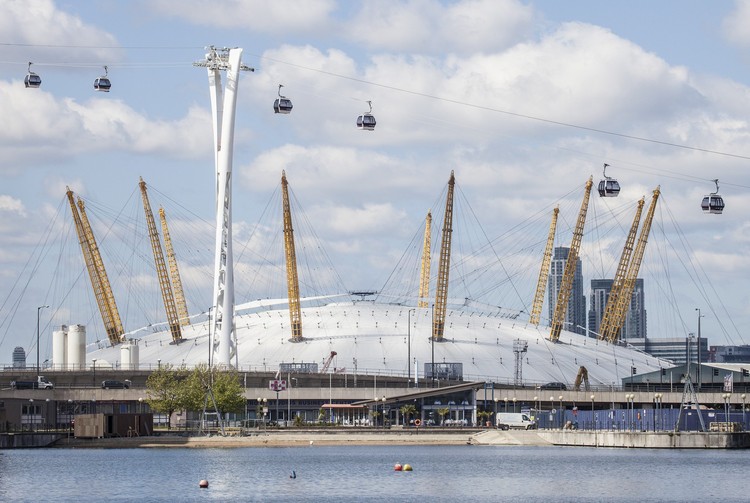 Text description provided by the architects. The newest link in London’s transport network will open to the public yesterday. The infrastructure was designed by London-based Wilkinson Eyre Architects, and the Emirates Air Line cable car will lift passengers up to 90 metres above theriver Thames as they travel the 1.1km route between the Greenwich Peninsula and the Royal Docks.

The Royal Docks and Greenwich Peninsula are two of the most active areas of regeneration in London. The Emirates Air Line emerged as the preferred solution to provide a pedestrian link across the Thames that would support this regeneration effort.

Wilkinson Eyre was commissioned, with Expedition Engineering, as architects of the scheme after a design competition. The team had to fit the crossing in to a ‘corridor’ with numerous constraints that included a minimum 54-metre clearance for Tall Shipsabove the Thames, constraints in plan and section relating to City Airport, multiple landholdings and existing infrastructure.

The sculptural form of the Emirates Air Line’s three towers makes an exciting addition to the London skyline. Their open, spiralling structure merges engineering and aesthetics to provide a visually light construction that minimises perceived mass.

Wilkinson Eyre’s design for the terminals of the Emirates Air Line is for a pair of visually light, stand-alone glazed pavilions. The plan of the terminals, with the irradiussed ends, reflects the path of the cabins as they pass around the drive wheelsat either end of the system, engaging with the machine aesthetic inherent to the buildings. The lightweight, glazed upper storey of the design houses the boarding platforms, which cantilever outwards above the ticket office and other services, located in the core at ground level. At Emirates Royal Docks, the smaller of the two terminals, the entire structure has been built on a deck over the water of Royal Victoria Dock. The Emirates Royal Docks terminal houses the electric motor which drives the Emirates Air Line, while a garage for servicing the cabins occupies an adjoining building at the Emirates Greenwich Peninsula terminal.

“The Emirates Air Line makes a dramatic architectural statement and will help to define the emerging character of the Greenwich Peninsulaand Royal Docks. I am sure the towers will become a clearly identifiable symbol for the area and that travel Emirates Air Line willadd a dash of excitement to the experience of commuting as well asbecome a ‘must do’ experience for visitors.” 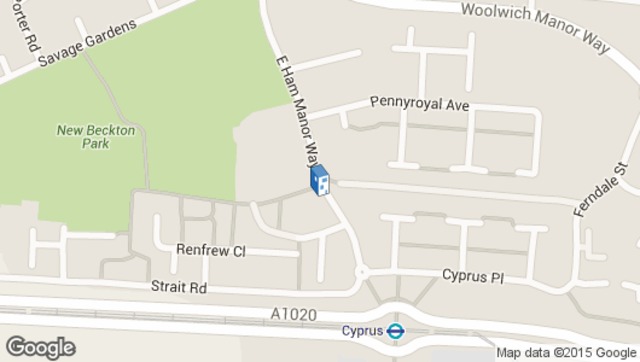