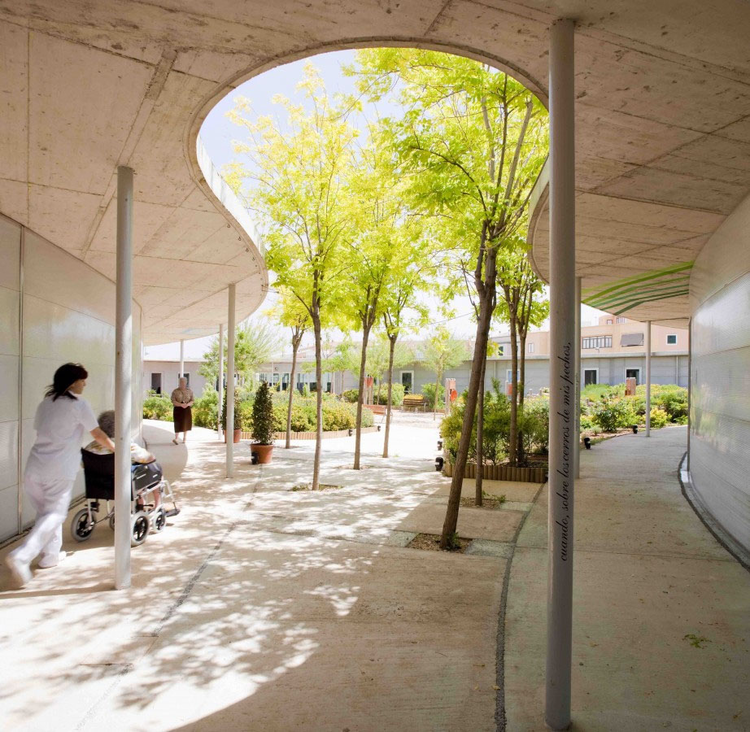 Text description provided by the architects. Geriatric centers should be optimistic places appealing to live in or to visit. The idea is to create a characteristic atmosphere in a vital space where spare time prevails and where residents spend the last years or months of their lives. The fact is that it is possible to build a geriatric center that does not look like a hospital, with neither corridors nor architectural barriers and on a single floor, in which all the rooms have direct access from (and towards) a garden that, as a sort of ‘lobby', acts also as direct access towards (and from) the collective spaces. The aim is to ensure total accessibility, physical autonomy, psychical security and respect to individual privacy, facilitating access to visitors.

Between the residential area and the polygonal perimeter emerges an open, interconnected, fluid, flat and unusual space that accommodates at once the different program and circulation uses. Going over the whole building means traversing a space with neither doors nor corridors, establishing paths that do not necessarily entail a single solution. It is a ‘polyatmospheric' circulation space: a series of events that can stimulate the senses and ease the disorientation and spatial tedium that one can ‘experience' in a geriatric center. The synthetic enclosures of two-layer cellular polycarbonate also contribute by designing the interior skin of the flat outer enclosure in accordance with its geographical orientation. The north facade strengthens the cold light through the use of blue and greenish plastics, whereas the south and west one favors warmer atmospheres using yellow plastics.

The roof - a bare slab of reinforced concrete - displays orientation lines that are the projection of the topographical surface of the quarries upon which the foundations were laid. This allows to define three areas through the use of three ranges of colors that include the outer adapted restrooms, and that are also associated with the tones filtered by the polycarbonate surfaces. This palette of changing atmospheres, of different densities and intensities of light, allow the user to decide "which way to go" and "where to stay". 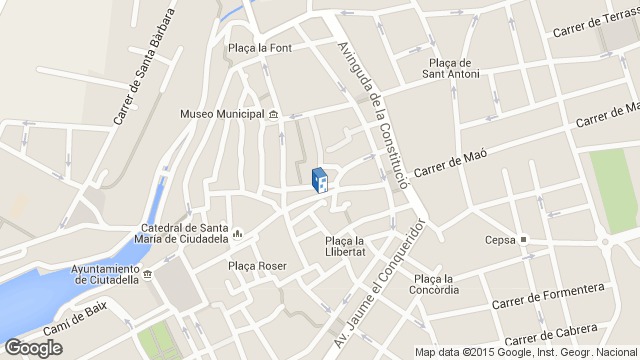 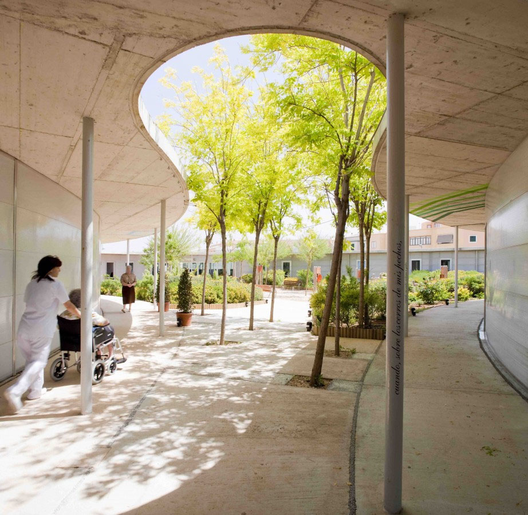