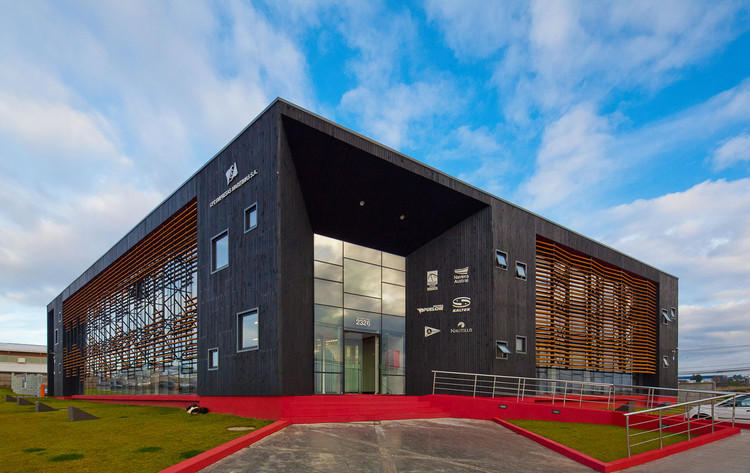 Text description provided by the architects. The project is born due to the reactivation of the salmon industry in the region. CPT is a shipping holding which works along the South Pacific Ocean. It offers cargo and passenger transport to the salmon industry in the south of Chile. The imminent growth of the company and the disappearance of its facilities in Talcahuano after the earthquake-tsunami that hit the Chilean coast in February 27th 2010, made it necessary to create a new corporate building which was able to efficiently integrate the company’s dependencies which were, until now, physically disconnected.

The architectural commission consisted in the creation of a building with simplicity and efficiency as design parameters which reflected the company principles in according to its geographical context.

The project is located in an industrial neighborhood. It consists of an L volume consolidating the north west corner of the property with a two-story open plan building. The absence of fences extends the public space. Thus, the building sets the limits. A second volume is incorporated in the courtyard to set up a parking place.

The main office building is elevated from the ground by a socle that equals the ground differences, standing out the access in the intersection of the two volumes through a big opening and two ramps that connect the level differences. Both buildings are opened to the northwest side with the idea of increasing the amount of natural light and heat gains, in a geographical location where the climate is rainy and cloudy most of the year.

The building also incorporates a second wood skin to avoid the excess of heat and light during the summer season. Wood was thought as the predominant material in exterior coatings and interiors, as a means of recognizing it as the most outstanding element of the regional architecture. 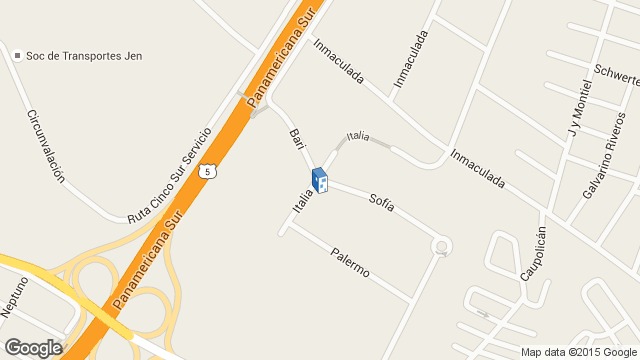 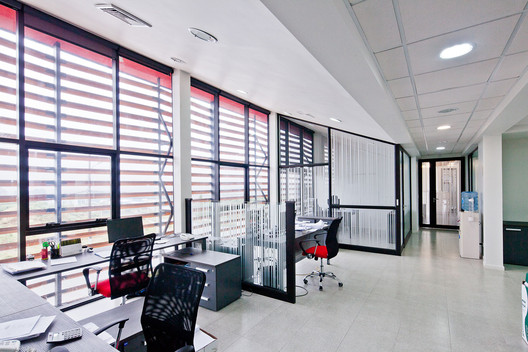 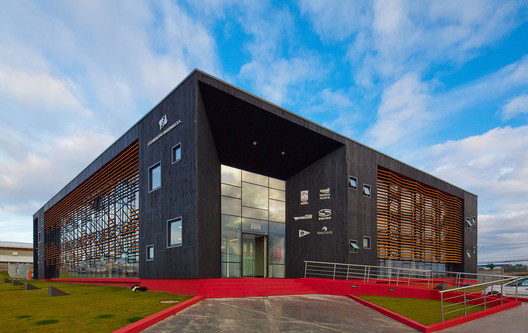