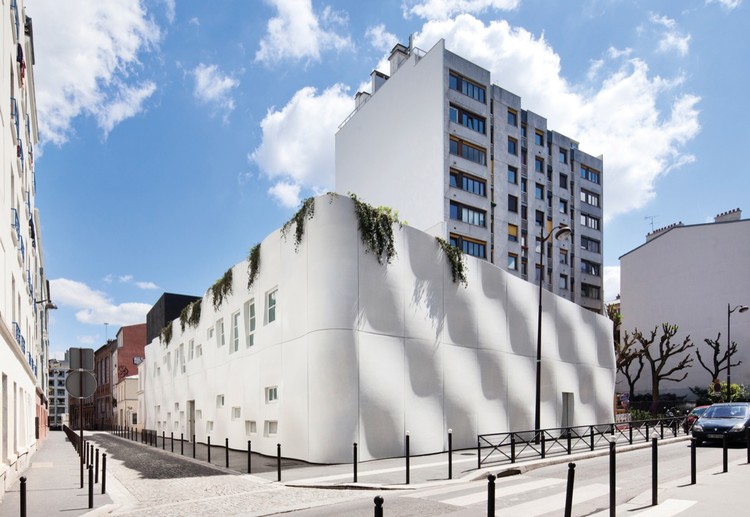 Text description provided by the architects. The project takes place into a heterogeneous district made of buildings of any sizes, of any styles, any periods. It’s an environment slightly old-fashioned, hybrid and disintegrated, typical of the heterogeneous architecture which characterizes the Parisian periurban zones. Modernity came to complete this disorder : Adjacent to the site, an out of size construction, built in derogation of the property limits (adding a supplementary urban intention parameter), forbids any common denominator, any possibility of creating a homogeneous composition. The day-nursery is thus an attempt, for a tiny building of public utility, to exist in an unfavorable relationship in the shade of a twelve story construction which takes light, overhangs and crushes everything.

The program of the day-nursery introduces a small size, a small scale. If the volume comes from the requirements of the project concerning surfaces and scale, the writing of the building results from its specificity. The day-nursery is a horizontal. Protective and introverted, it occupies the ground, interacts with the outside spaces. Developed on two levels, it is organized to get the maximum of light and sunshine, and to by-pass the shade of the giant nearby building.

The project mixes the outside and internal spaces, organizes around a walk the 2 levels in a buckle of small paths and terraces, altering green and mineral areas. From the requirements of the program, it results a monolithic and protective facade. The building is in prefabricated concrete, long-lasting and resistant to the torments of the urban life. The surrounding wall is drilled by translucent and colored windows. These windows have various heights, for a place thought as much for the children than for the adults, the parents or the staff.

The housing part is treated as entity. The matter is to propose an autonomous writing to an additional element, both complementary and exterior to the program of the nursery itself, to propose to the future inhabitant a living environment desynchronized from his workplace. This volume lays on the nursery, slightly out of the building line, in order to give a specific urban writing to this residential space.

The project is a setting of a living place, with its specificities, its needs and also its poetic dimension, the goal is to propose for this tiny program a frame of living that generates as much an emotion with the future occupants (children, parents, staff) than the local residents. 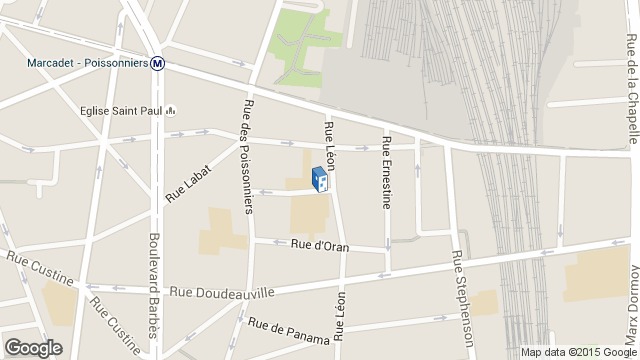 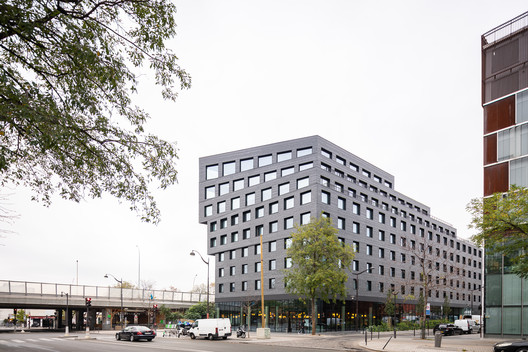 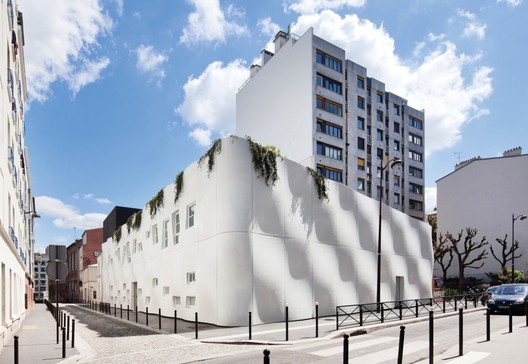