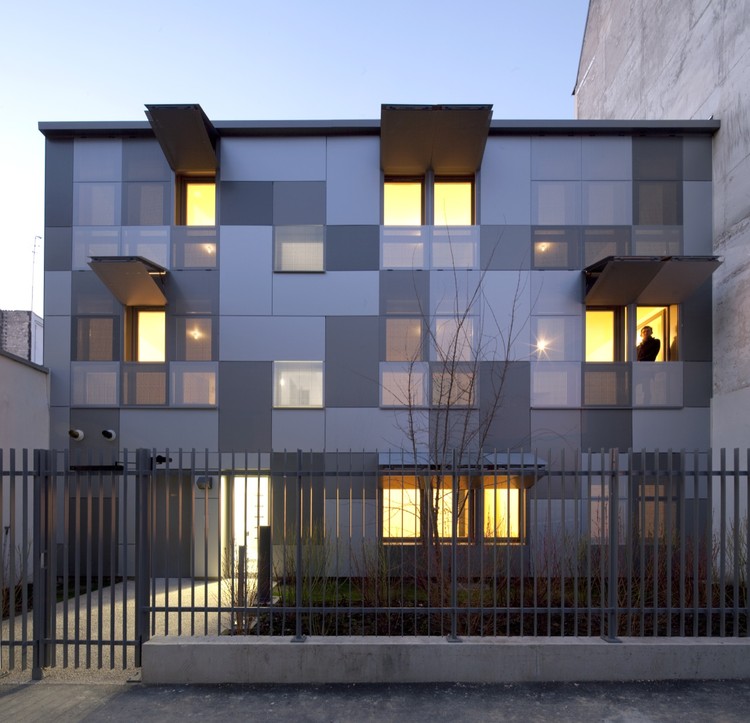 Designed in a U-shape around patios and freeing up a green space along the edge of the street, each plot offers largely glazed double-oriented apartments that open onto the outside to get maximum benefit from natural light.

The living rooms overlook the public spaces and contribute to the vitality of urban life.

The buildings are clad with coated aluminum cassette panel cladding in three shades from grey to white. Plain panels on the standard sections alternate with perforated panels on the railings and the hinged shutters animate the façade according to the degree of opening, whilst also providing protection from the summer sun and maintaining the residents’ privacy.

The gable received special attention and was afforded the same treatment as the façade due to its importance in the building’s perception and its impact on the landscape of the cul-de-sac.

On the first floor is a three-bedroom (T4) apartment with regulation-compliant disabled access, and suitably equipped from the outset. This apartment also benefits from a private small courtyard.

The floors above house a studio (T1) and two-bedroom (T3) apartment on either side of a central staircase. The latter enjoys natural lighting.

The main building overlooking the street is built on a basement where the cellars that every apartment boasts can be found, along with the storeroom, the meter room, and the boiler room. 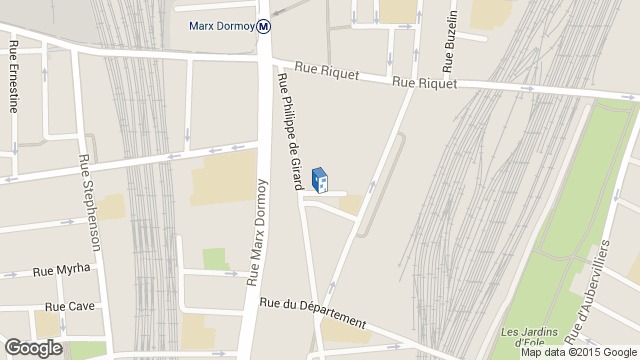