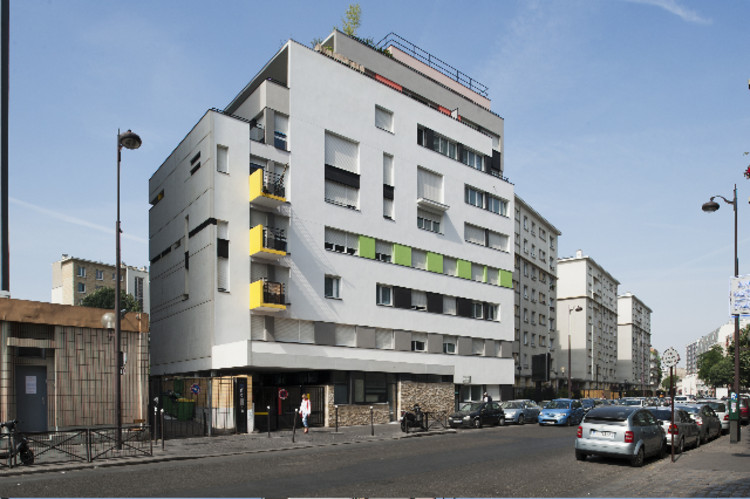 Text description provided by the architects. Conceived for Paris Habitat – OPH, the 45-apartment housing project on rue Riquet in the 19th arrondissement in Paris is a follow-up to an award obtained in 2007. The 8-story street-side building is located on a parcel in the midst of a densely populated neighborhood, very close to avenue de Flandre.

The project, a very compact one so as to address energy restraint considerations, nevertheless plays the openness card, with its longitudinal perspectives looking out on rue Riquet as well as with its widely unobstructed southward view. Numerous exterior surfaces were indeed created, a true privilege for housing projects located within Paris city limits.

Restructuring urban networks by being in-keeping with the street’s architecture while relying on the depth of the block, this is what guided our approach.

The front side, rue Riquet

The style of the front side enables the juxtaposition of five volumes with different heights to be legible and consistent, when they could have made the building fragmented and incoherent.

The two white volumes are crowned by a gray and pink crest, from which emerge two bright red flat plates. Three yellow balconies dissociate as well as they couple the two white volumes, while the ground floor is adorned by stone cladding, qualifying the passer-by’s walk.

Composed and conceived in a rather different style, the southward side offers vertical shapes, soaring up towards the sky as though trying to escape from the somewhat confined core of this block. The dynamics of shapes jutting forward and standing back enable the emergence of three juxtaposed compositions, conversing among themselves, through the tension exerted by balconies of diverse shapes, colors, positions : sometimes clumped together, sometimes alternating, sometimes out of line, they play with charcoal gray, yellow, pink, white, giving rhythm and pace to the highly dynamic overall composition.

The building offers only double-oriented or corner apartments. A clear and distant view is offered to many tenants. Each apartment enjoys a balcony, a terrace or a loggia. These different exterior surfaces contribute to the quality of life the inhabitants are offered, with a view on the central garden, on distant horizons, on the surrounding buildings, on the Parisian roofs or on the perspective looking out on the urban regeneration zone of Pajol. 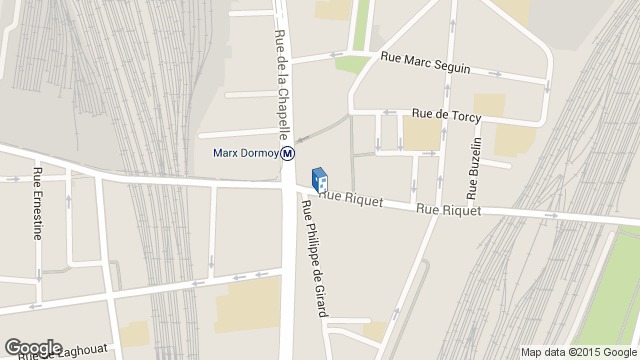 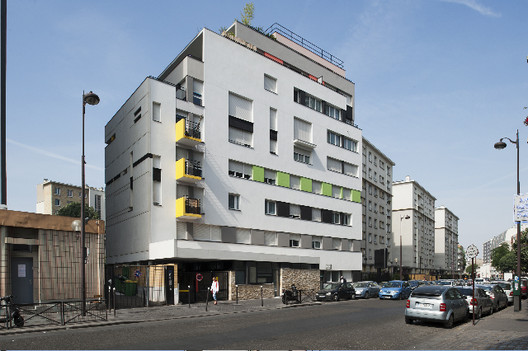