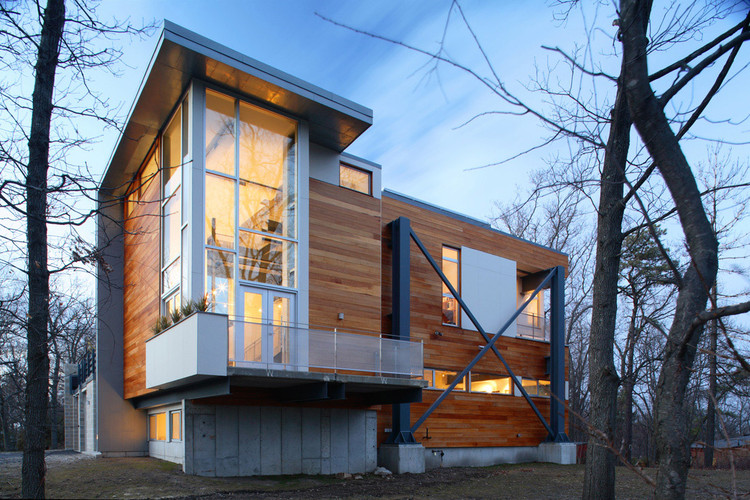 Text description provided by the architects. The Big Dig is the most expensive highway project in the history of the US. The project included rerouting the Central Artery into a tunnel under the heart of Boston, requiring a tremendous engineering work due to underlaying metro lines and pipes and utility lines that would have to be replaced or moved. Tunnel workers encountered many unexpected geological and archaeological barriers, ranging from glacial debris to foundations of buried houses and a number of sunken ships lying within the reclaimed land.

The Big Dig House by Single Speed Design reutilizes materials from the Big Dig. In that aspect, it´s a remarkable example of recycling in architecture. Project description by the architects after the break.

As a prototype building that demonstrates how infrastructural refuse can be salvaged and reused, the structural system for this 3,400sf house is comprised of steel and concrete discarded from Boston's Big Dig utilizing over 600,000 lbs of salvaged materials from elevated portions of the now dismantled I-93 highway. Planning the reassembly of the materials in a similar way one would systematically compose with a pre-fab system, subtle spatial arrangements are created from the large-scale highway components.

These same components however are capable of carrying much higher loads than standard building materials, thus easily allowing the integration of large scale planted roof gardens. Most importantly, the project demonstrates an untapped potential for the public realm: with strategic front-end planning, much needed community programs including schools, libraries, and housing could be constructed whenever infrastructure is deconstructed, saving valuable resources, embodied energy, and taxpayer dollars. 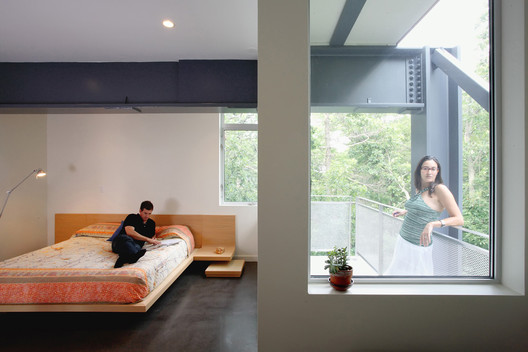