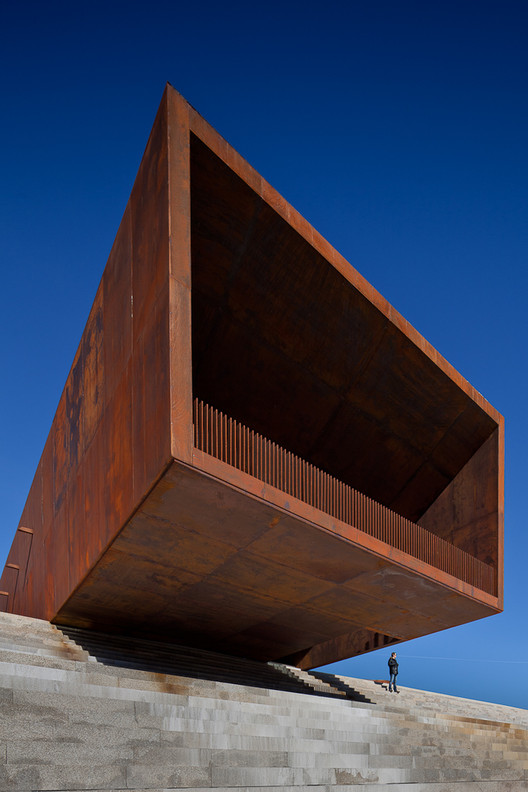 Text description provided by the architects. Overlooking the entire city, the leafy park of mount Santo Estêvão is directly related to the centre of the city of Lamego through the imposing Escadório do Santuário de Nossa Senhora dos Remédios, which threads its way along the Avenida das Tílias.

Located at the foot of the park, together with the monumental 18th century complex, the Multi-purpose Pavilion mellows the hillside of mount Santo Estêvão, taking advantage of the natural gradient to nullify its volume, through a plaza and an amphitheatre installed on its roof.

The current fair space, which now acts as an anteroom for the new Pavilion, was out of character. Its limits were redesigned, transforming it into a more controlled space, establishing a new relationship with the surrounding streets.

On the south elevation, where the main accesses to the building are located, the great amphitheatre allows a connection to be made between the two plazas, the new one at a high level above ground and the other at a low level.

The urban park gains a new orientation, the new Plaza over the Pavilion merging at its northern end.

These three new spaces, Park, Fair and Plaza, in direct conjunction with the urban axis defined by the Alameda and Escadório de Nossa Senhora dos Remédios, significantly reinforce and upgrade the public space of the city of Lamego.

The Pavilion, the anchoring facility in the intervention, allows various uses, the fruit of the multi-purpose nature of the arena and of the foyer, which their 50-metre span and ceiling height of 10 make possible. The Pavilion also offers shower facilities and changing rooms, a multipurpose room and auditorium for 120 people, which complements its versatility. With the Pavilion there will be a car park, with four underground floors, allowing streets with high and low levels to be connected.

Granite, present in the subsoil and in the architecture of Lamego, coats the new public spaces, strengthening the character of continuity and integration that the project seeks. 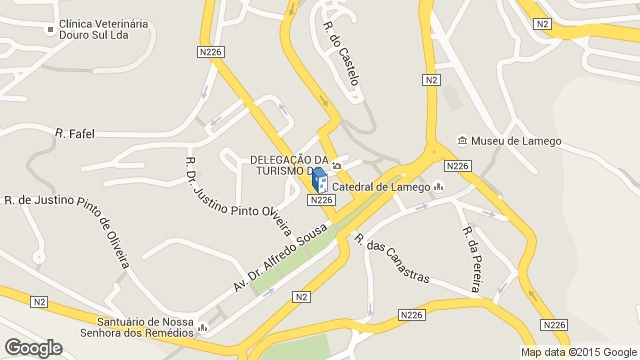