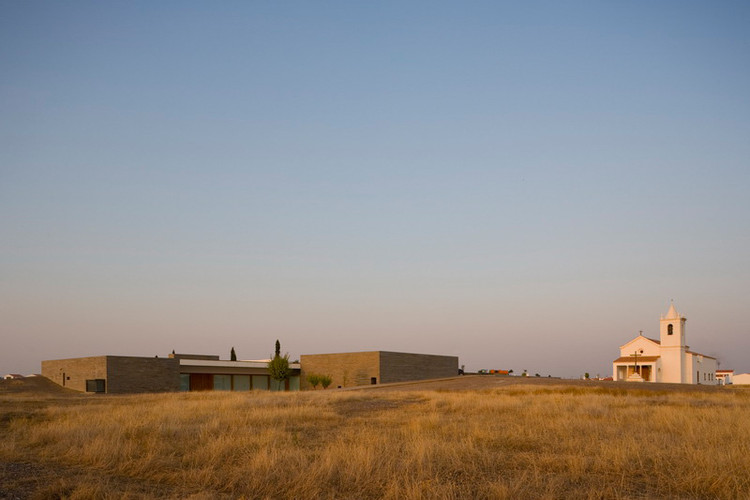 Text description provided by the architects. Luz is the name of a small village in the south of Portugal, with 300 inhabitants. Due to the Alqueva's Dam construction, the Luz village was submersed. Its inhabitants as well as its culture and origins, had to be dislocated into a new village. The intervention program consisted in creating a new place for the reconstructed church, the new cemetery and the Luz museum as an important memory landmark between the new and the old village.

The aldeia da Luz dislocation is a replacement act, a double and simultaneous act of destruction and foundation. In this double process of landscape transformation, the old village remains as a conceptual embryo - one first nature elaborated through centuries of territory appropriation and a second nature thought and built as a new identity.

The foundation of this new place, aims to absorb, in a new topographic and geographic situation, analogies to the old church's place - the church and the cemetery as strong identity elements and the museum as a founding element of the new place, endowed with the representative notion of replacement.

The village dismantling process brings back to surface various signs, such archaeological, as anthropologic, historic and architectonic, which embrace not only the village but a whole territory as well. The museum allows storing, classifying and communicating such information, being the result of the whole process of substitution, which, apart from the physical presence, establishes an intentional complicity between the two villages situation.

The strategically location along the East-West axe, brings forward its structural character. Building a museum out of schist relates it more to earth, to stone soil and to the idea of foundation. The museum redesigns the topography of the place in a telluric relation with the landscape, reflecting the building as an identity mark, where the paths, the walls and the light, turn evident elements of a territory construction culture. This reading is completed by a sequence of interior spaces with singular character - atrium, multiuse room, temporary exhibition room, memory room, Luz* room and patio - witch emphasize a particular regard over landscape.

In a rural atmosphere where technique emerges from the matter manipulation, the use of material and local traditions approach the building act to a natural process of landscape constructing. The 50cm thickness double concrete and schist walls, extracted from a local quarry 3 km far, determined the space atmosphere of the museum and increment the thermo inertia of the building.

Luz room, as the central museum's figure, constitutes along with the light chimneys the only visible trace of the building in the landscape. It is a space of light, a white page prepared to receive the writing of the Luz territory history being transformed. 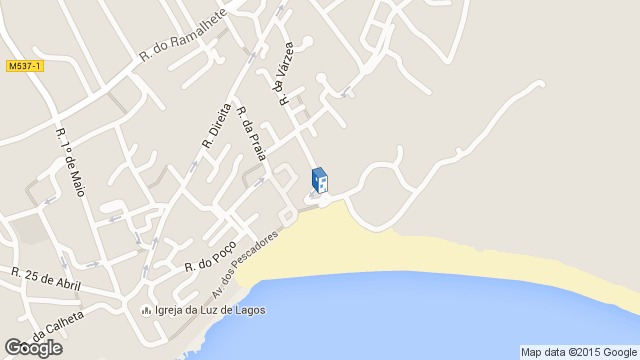 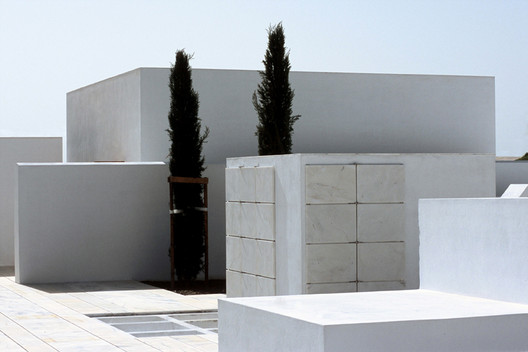 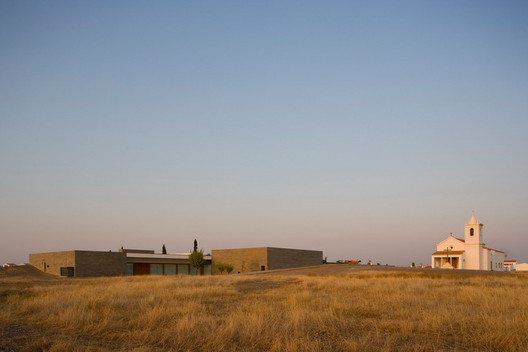