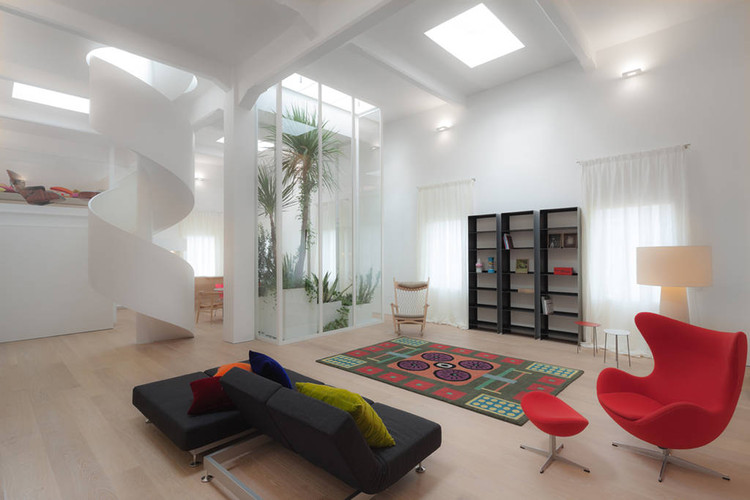 Text description provided by the architects. The building is located a few meters from Treviso XVI century walls, within a small industrial area now disused, where Sile river leaves the historical city together with the old water way called Restera. The loft is placed at the last storey of the tower, part of a former button firm of the 20-30ies, one of the first cast-concrete structures in Treviso, connected to main part of the building through an iron and glass walkway.

Once demolished the old wall partitions, concrete structures emerge in their strength with 45° shaped beams, six rooflights, the five-meter open space marked by two big pilars and a unique 270° view over the city and the river. The design proposal splits in two the old industrial space.

The sleeping area mezzanine builds up a volume totally autonomous compared to structural grid in order to retain its own readability, a building within the building, the internal elevation being marked by openings and facings. 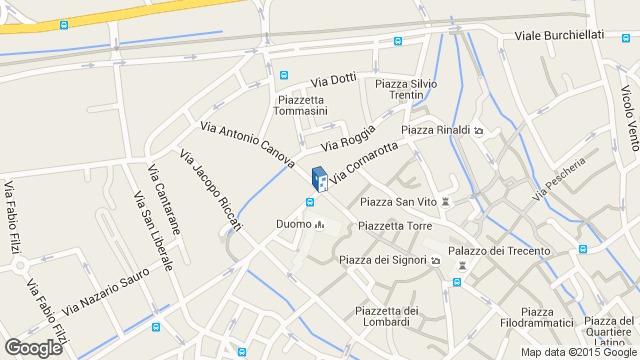 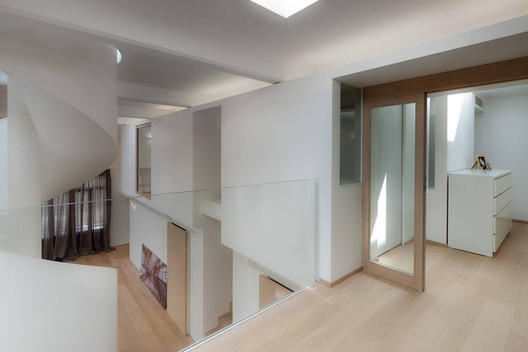