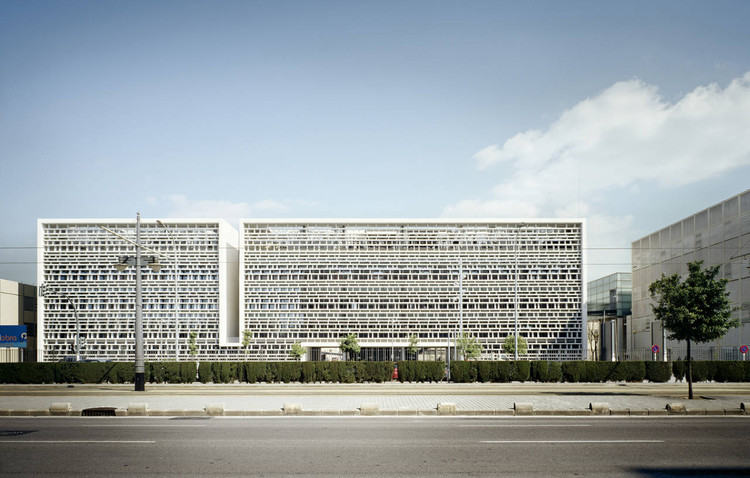 Text description provided by the architects. Partnership in project and construction management: Mariano Conesa Tejada Architect. The building, located within the grounds of the “Campus de Vera” of the UPV with its main facade faceing towards the boulevard “Avenida de los Naranjos” , groupes in a single volume the expansion of the ETSIT, the Department of Languages and Language Center of the UPV.

Due to the extensive program that was demanded, the occupation of the total facade fronts forced. The building is divided in two parallel blocks of classrooms and offices linked to the north and south facades, and a central space occupied by circulations, openings and terraced patios which facilitates the entrance of light and generate diagonal views.
A strict modulation, based on the dimensions of the basic cell type that defines the office and orders the whole structure of the building, regulating also the composition and construction of facades.

Their prismatic shape is outlined by a continuous surface of concrete that frames the the facades that face north-south orientations and emphasizes the separation between the two different institutions in the building with a vertical oppening in the facade. A second layer of concrete generates the open space at ground floor that provides access to both centers and connects the square with the internal net of the University Campus.

The solution of the north and south facades, meets the requirements imposed by its antagonistic orientations and the willingness to give a unified and clear image. While the north is solved by a continuous glass wall, divided by metal maintenance walkways, the south, also glass facade, is protected by special pieces of precast concrete that act as solar and climatic filter and prevent the vision of the technical utillities that occupy the upper floor.

The white concrete, material that characterizes and gives unity to the image of the building, is used in two different ways: executed in situ with wooden shuttering on the walls and slabs that make up the wrapping surface, and precast for the difereent concrete pieces that build up the south facade. 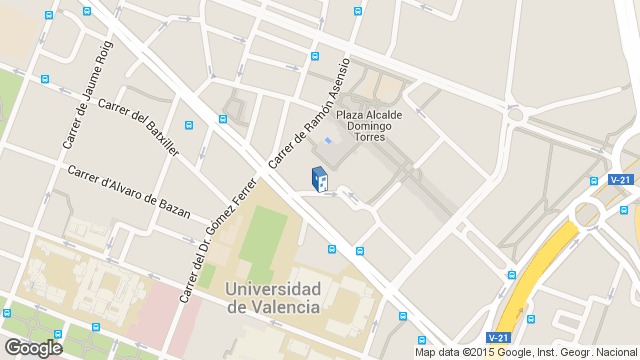 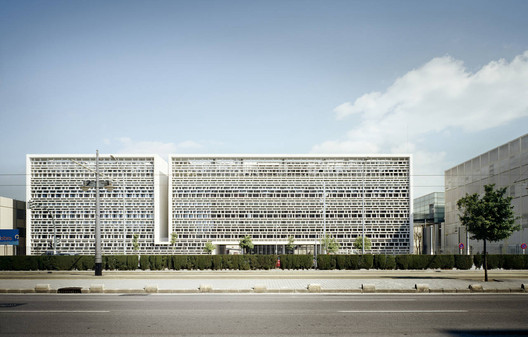