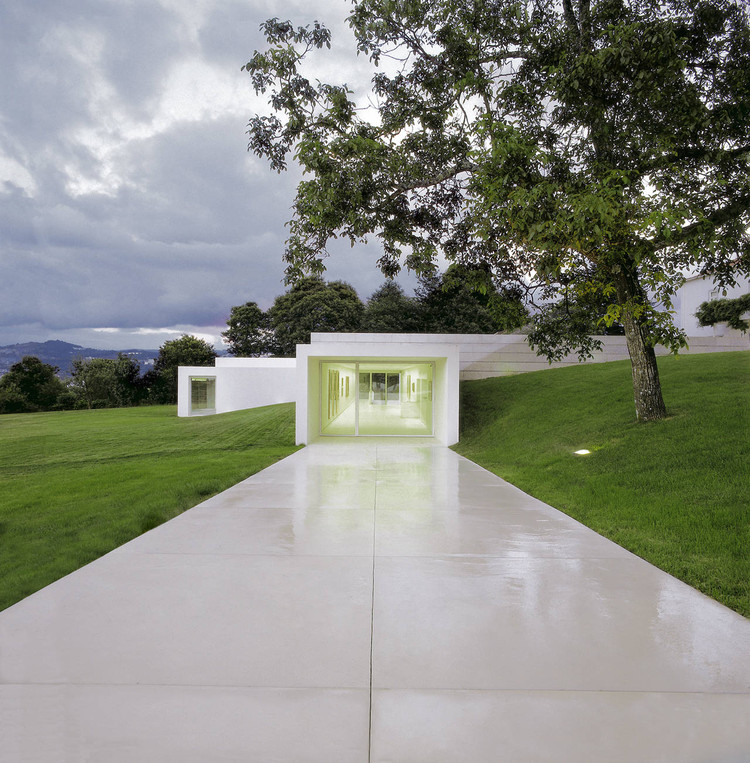 It can be concisely summarized the project to a gesture. The respect for the site, not in the sense of the landscape, but of the habits and attitudes inherent in the "feel “of the place become evident when inserting the building in an area where are cultivated the principles of identity of the surrounding environment and a strong sense of preservation.

A project of an art gallery, with the particularities and needs inherent to an area with specific uses and functions, allowing it to "live" underground, where it can perform all the requirements that it had proposed.

The visual silence maintained on the surface increases the expectation of the observer before the duality of scale that he faces: nothing on the surface and much inside.

The growing scale of space imposed on the observer, as he is introduced into the building, stimulates him and enhances the contrasts of light, color, scale...

To complement its elemental nature - the simplicity of the program - a room, were we created zones of access, circulation, which in addition to enriching the set, increases the "public" character of the building.

The interior space, apparently closed, is open to the east side, establishing a visual relation with the outer space. 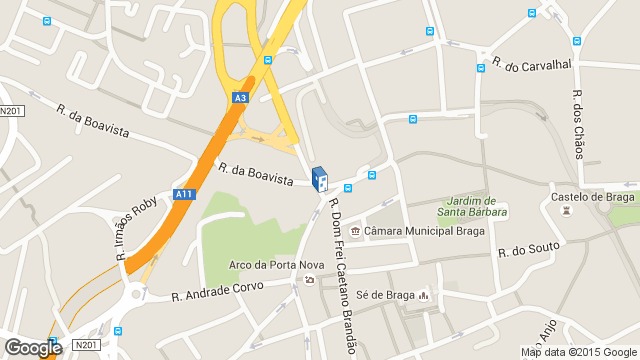 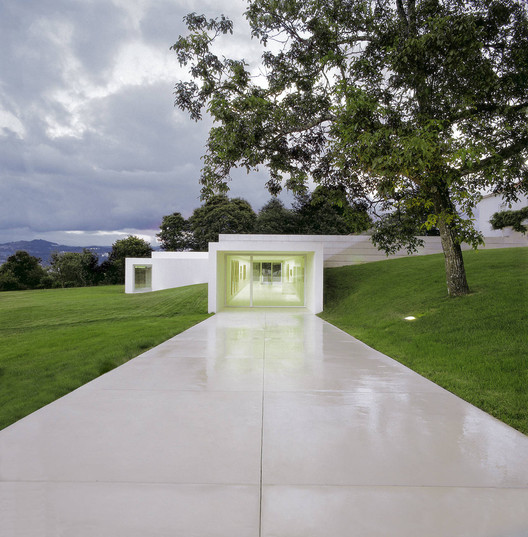