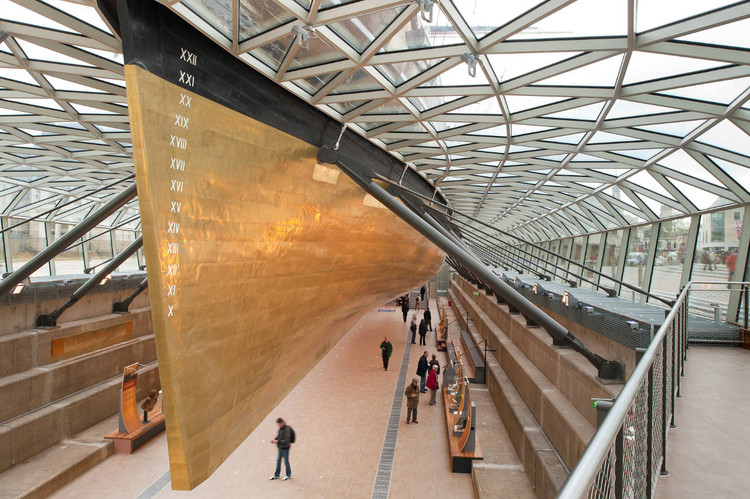 Text description provided by the architects. Cutty Sark epitomises the great age of sail; she is the last surviving tea clipper. Herre markable story is tangible evidence of the centuries long importance of sea-trade to this country and to the growth of London as theworld’s pre-eminent port and trading centre. Built as a tea clipper, where speed to market was critical, it is the combination of sail and hull form which gave Cutty Sarkher edge. The hull shape is defined by the revolutionary 19th century composite iron and timber ship building technique.

A comprehensive programme of conservation began on Cutty  Sark in 2004, which saw the biggest overhaul of the Grade I listed landmark for 50 years with the ship’s reopening planned to take place in 2009. The project was brought to a dramatic halt when a fire in 2007 swept through the wooden structure, causing extensive damage to the centre of the ship. The disaster caught the public’s interest and initiated a major fund raising campaign, enabling the project not only to be resumed at the end of 2009 but to an enhanced design brief.

The new design proposed raising the 963 tonnes Cutty Sark three metres within the dry berth. The dry berth was created in the 1950s, and purpose built in mass concrete on a former bomb site to house Cutty Sark when she was brought to Green wich from Shadwell Basin. The ship was floated down the Thames, and manoeuvred into the berth before the end was sealed and the water drained to allow her to reston the berth’s floor. In order to deliver this new conservation solution, within the constraints of the dryberth, it demanded that the new intervention shad to respect, repair and adapt to the original fabric of the ship. 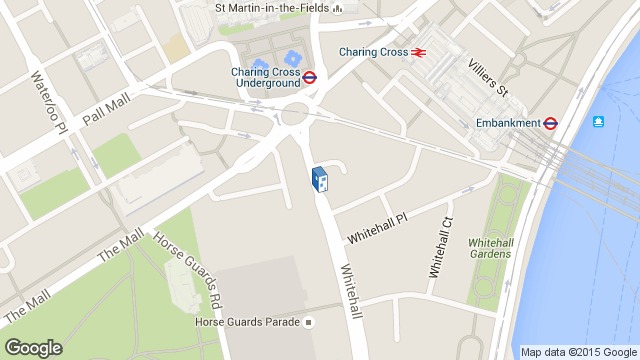 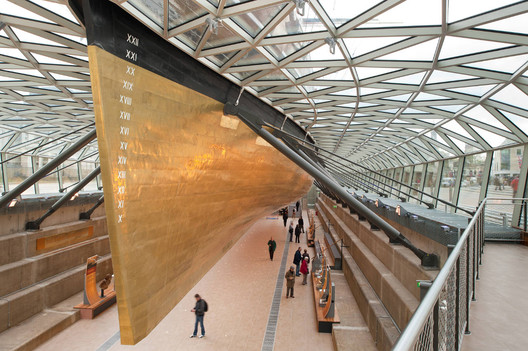