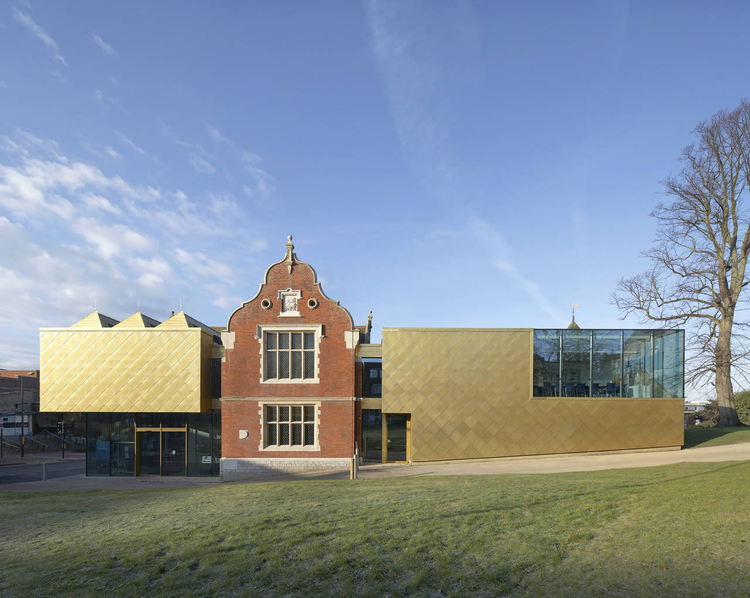 New ‘gold’ clad extensions hint at treasures inside Maidstone Museum &Bentlif Art Gallery has re-opened following an extensive £3 million refurbishment and the addition of a new east wing by Hugh Broughton Architects. Clad with ‘gold’ shingles which hint at the museum’s collection of ‘treasures’ on display inside, the new East Wing provides the museum with a reinvigorated look making it the cultural focus for the town centre. Housing a collection of over 600,000 artifacts and specimens that are outstanding in their diversity and quality, Maidstone Museum forms the largest mixed collection in Kent and one of the largest in the South-East of England.

Hugh Broughton Architects’ 2006 RIBA competition-winning architectural scheme transforms the museum’s display, storage and visitor facilities, allowing more of the collection to be accessed. The core of Maidstone Museum, a Grade II listed building located within the boundaries of a conservation area, is a Tudor manor house dating from 1561. The building was acquired by Maidstone Borough Council in 1855 and opened as a Museum in 1858. Since then it has been subject to numerous expansions, resulting in an eclectic architectural arrangement. The East Wing project forms the second phase of the Museum’s re-development programme, following the renovation of the West Wing in 2003. The aims of the project have been three-fold including the long-term preservation of the museum’s collection, increase in visitor numbers and greater public involvement.

The scheme improves storage facilities, brings previously inaccessible spaces into use and allows more of the Museum’s historic buildings to be experienced. The East Wing provides new gallery spaces, which enable more of the collections to be seen. The provision of new and improved services including a shop, new toilets with baby-changing facilities and cloakroom, ease visitor circulation throughout the building and enhance the visitor experience. The East Wingresponds to the multilayered history and architecture of the museum. The elevations combine frameless glazing with a diagrid of copper alloy shingles, creating a contemporary counterpoise to the existing brick facades. The copper alloy shingles emulate the diamond leaded glass windows of the original Tudor building and have been individually hand cut and crafted on site, enhancing the artisanal qualities of the Museum.

A new entrance on the East elevation welcomes visitors from Maidstone High Street into the new East Wing. The entrance opens into an open plan foyer and orientation area occupied by Maidstone’s Visitor Information Centre and the Museum shop. Beyond the foyer and shop a multi-functional education suite brings areas previously occupied by storage into lively public use, creating a designated study area for community groups and schools. At ground floor level the principal public space in the East Wing is a gallery housing one of the museum’s noteworthy exhibits – a Solomon Islands war canoe, the only example of its kind outside of the Islands. Glazing on the rear wall of this gallery reveals a public courtyard and Tudor facades unseen by the public for over 40 years.

At first floor level a public meeting room housed in a glazed box offers dramatic views of St. Faith’s Church which visually re-connects the museum with Brenchley Gardens, fulfilling the ambitions of the Museum’s Victorian founders. A system of bespoke connectors between the glass and steel structure ensures a completely frameless flush glazed finish. The new Japanese Gallery is located within the copper clad space above the reception. It is lit by an undulating ceiling of north-facing rooflights, which enliven the white cube space and ensure an even stream of daylight in to the gallery. This gallery is the new permanent home for one of the museum’s highlights, an internationally significant display of Japanese Art collected in the nineteenth century by one of the Museum’s founders, Julius Brenchley.

Internal materials have been selected to complement the existing palette and for their suitability to the specific requirements of museum designie.high-density lining boards for all walls, to ensure total flexibility for hanging exhibitions and matt sealed timber floors to minimize reflections in display areas. In addition to these new galleries, the existing galleries in the original museum have been refurbished and reorganised, increasing the display space by 30%.

Beyond the public spaces, the practice has worked closely with the museum staff to completely overhaul and modernize the storage spaces, increasing the capacity by 100%, and improving security and accessibility. This process has allowed the museum’s staff to take stock and reorganize exhibits in storage, taking the opportunity to digitize and hone the full collection.

The East Wing is now environmentally controlled with heating and cooling loads being met by ground sourced heat pumps run from 100 m vertical boreholes in the adjacent gardens. This combined with a new photovoltaic array on the roof of the new East Wing improves the sustainable aspects of the museum significantly. 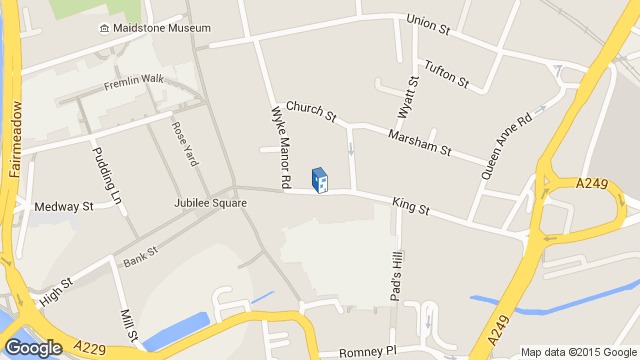 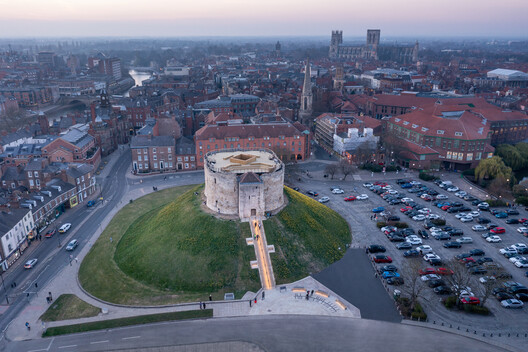