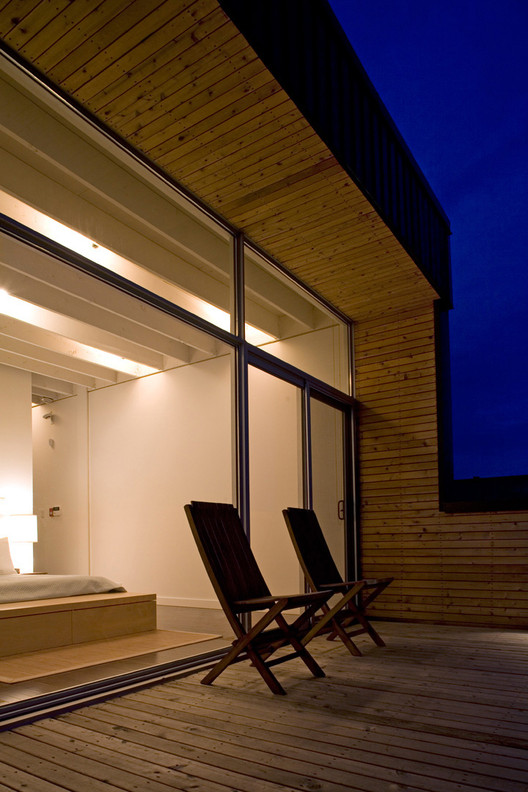 Text description provided by the architects. Home / Ofﬁce is a live-work building at the triangular intersection of Roncesvalles and Dundas Street West, in a modest strip of mixed-use buildings that edge High Park and Parkdale. Originally a two storey building with a shop on the ground ﬂ oor and an apartment above, it had in the recent past been used solely as a residence. Its conversion to Home / Ofﬁce involved its wholesale renovation and the addition of a third ﬂ oor to create a studio for the owners' architectural practice on the ground and basement ﬂ oors and their apartment on the second and third ﬂ oors.

Because of its mixed-use program, the tight project budget and existing zoning regulations, the only place for the project was a main street. This main street location works well with the City's new Ofﬁ cial Plan, which sees these streets in coming decades absorbing the city's projected increase in retail, ofﬁ ce and service employment, as well as much of its new housing. The density and height of buildings along these streets are much as they were a hundred years ago; for reasons of social, economic and environmental sustainability, and considering shifting live-work patterns, they are now especially ripe for revitalization and intensiﬁ cation. And so the project is an exercise in the type of inﬁ ll the City aims to encourage.

The massing and height of the building take their cues from adjacent fabric, as do window proportions and window heights; the materials of the project evoke those of both its commercial and residential neighbours, tying it into the streescape.

The building is currently divided almost equally between home and ofﬁ ce space but is designed to be adaptable; with small changes to the circulation and the partitioning, Home / Ofﬁ ce is easily converted to a different proportion of uses and units. The conscious decision to design the building in this way better ensures a ﬂ exibility of use and occupation over the long-term, and so its vitality as a piece of Toronto's urban fabric. 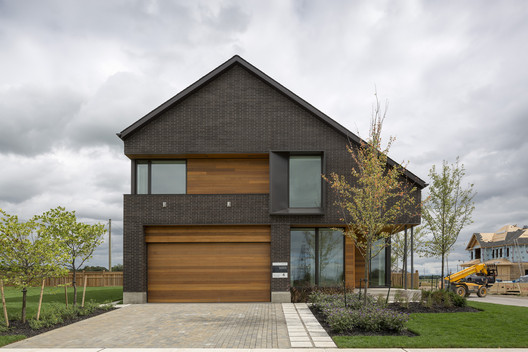