Save
The Atrium / D'Ambrosio Architecture & Urbanism 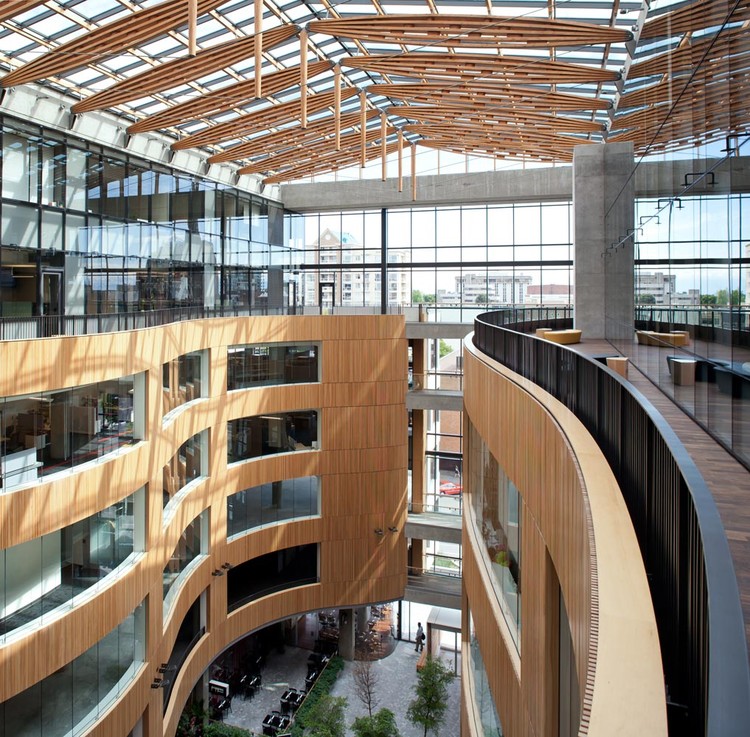 Text description provided by the architects. Jawl properties, the owners of this high-density office development set in downtown Victoria, challenged its architects. They asked if a speculative office building could be a catalyst for revitalization of a moribund urban area and contribute somehow to city life. Could the economics of a high-density, downtown office building work in a mid-rise, green-building form? And could it be spectacular?

The answers emerged from a highly collaborative multi-disciplinary approach. Occupying the length of a city block, the Atrium actively engages its civic context. To complement Victoria’s historic downtown and reintegrate the block into its urban fabric, the building has two sub- levels and seven above- ground floors. It is built to the perimeter of the site and forms three street walls that define the public realm. A palette of authentic, durable materials invests the block with a sense of long- term commitment.

A tall and transparent ground floor exposes the cafés, restaurants and shops along the street and lining the internal atrium space inviting people to approach and enter. Rain gardens ring the site, a first for a private development in Victoria, catching and cleaning the site’s storm water and polluted street run-off. Trees and the special plantings buffer the sidewalk from traffic and soften the cityscape.

A seven-storey atrium introduces daylight into the heart of the complex while enlivening the street at night with warm glowing light through the large expanses of glass. The use of wood as an interior finish is maximized in what is otherwise non-combustible construction. Seen from the street through a seven-storey glass curtain, views of the space with its wood wall grilles and roof trusses, distinguish the atrium from the surrounding more insular buildings.

Two gracious entrance vestibules open this semi-public urban room to the public. Purposely programmed by the owners with non-commercial and cultural events, the Atrium space has been used for performing and visual arts as well as for charitable events. The space has hosted modern dance, opera, choir and symphony concerts, special dinners, music festivals, conferences and lectures.

Collaborating artist Bill Porteous worked with the design team to produce a number of pieces for the atrium project.  This included ‘Prelude’; a painted mural on the hoarding surrounding the site during construction, ‘Interlude’; the stone mosaic floor of the atrium space with two large salvaged-wood seating sculptures, and ‘Coda’, the deconstructed and collaged pieces of the hoarding panels that now hang throughout the building.

Overhead, innovative wood trusses support a 7,200 square-foot skylight.  Panelized hemlock grilles follow the sweep of the atrium’s curving walls and tongue and groove western red cedar soffits over the sidewalk bring warmth and definition to the public space around the building. The family-owned company that commissioned the project ran one of the first wholesale lumber companies on Vancouver Island, a history that gives further meaning to the use of local wood in the atrium.

The atrium not only serves as a public room, but the seven- storey volume acts as a return air convection plenum in the building’s highly efficient displacement ventilation system. Conditioned air is delivered near the floor, so the air requires less cooling. The air rises to cool heat-generating occupants and equipment. As the air warms, it rises naturally to exhaust through the ceiling louvres. Displacement ventilation uses less energy to deliver higher quality air quietly, and is a key component in the building’s LEED Gold-targeted environmental strategies.

A primary ambition for the Atrium was to create a building that, with its use by thousands of people, will inspire and endure. In doing so, the Atrium gives weight to ideas of urban fit, sustainability, and occupant well-being as well as to profitability. While an institutional or owner-occupied office building might achieve a similar balance of priorities, as predominantly a speculative office building, it is hoped that the Atrium Building raises the standard for its type. 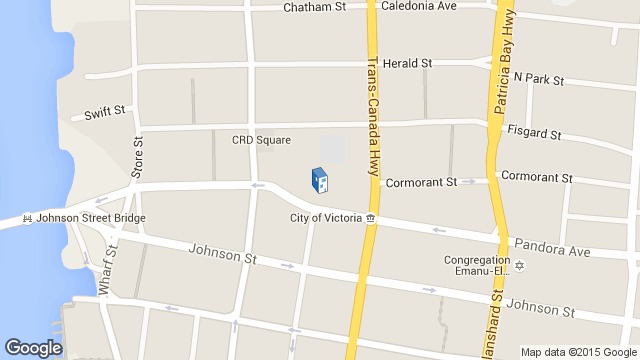