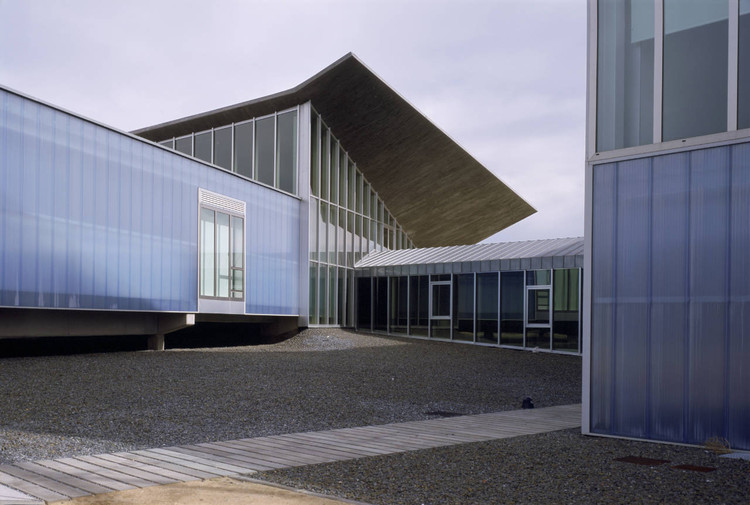 This laboratory is meant for research and experimentation in farming and plant maintenance. It has the infrastructure required to conduct research related to agricultural activities in the field of physiology, biochemistry and molecular biology of plants, fungus and microorganisms.

The site is part of a bigger area of environmental interest close to the river Tormes. We therefore propose an intervention in which the architecture is not imposed but rather becomes part of the territory. We intend to rethink the existing terrain into a new transformed landscape and discover a hidden morphology in the site through the activation of the current topography. Working on it emerged a series of folds and movements that have defined a landscape in which is recognized the former one.

The new building emerge in the landscape distancing itself from a housing environment without a clear order, with different shapes and indiscriminate occupation. The topographic redevelopment of the site lead to two levels: in the upper, with the entrance from the street, the building is hidden in the landscape, while the lower level opens onto the river, separating from the ground by piles that isolate the construction of possible floods.

The educational program is located in a representative volume that occupies the upper level of the access. The research program and support facilities occupy an elongated half-buried volume that gives access to different nuanced services through an interior street. The laboratories are situated in four cubes on piles, guiding their views to the river and being separated in such a way to allow a sequenced view to the river bank from the common area.

The relationship between the volumes of the laboratories and the one containing the educational program set up a wide compositional sequence allied to the cadence of the vegetation and topography of the bank, which helps the building to integrate itself into the landscape. The highest level of the plot has direct access to the didactic and administrative program, and from the lower it is possible to enter the building through the laboratory areas. Their support zones are virtually buried by ensuring appropriate insulation.

In the closest area to the river there are a number of greenhouses connected by a path outside, inside them is particularly suitable the research related to the agrobiotechnology. The research area is reached after crossing the pronounced cut of the slab that supports the roof garden, a ramp guides you to the hall and the interior street that goes across and articulate the whole.

Through a glass wall protected by the eaves of the roof garden, light flows in this elongated and complex space that, despite undergoing the strictness demanded by the functional program, is energized with ramps and galleries that give way to the platforms of the different laboratory volumes, the exit zone or the teaching building; this varied sequence receives more interest having as a background reference the dense layer of trees and river water.

The most complex operation performed is on the ground, and special attention has been taken in order to ensure that once realized it will barely be perceived. The architecture is clear and easily understandable, seeks a flexible and versatile scheme, able to solve the appearance of new programs that will necessarily be incorporated into the research complex.

One of the aims of the proposal is to get permeability and transparency between building and landscape, in order to obtain this, a light multilayer facade system is used, resulting in a variable density filter that meets both the heat and sunlight needs as well as the necessary privacy.

The construction was entrusted to systems that simplified the complexity of the building and eased the execution phase. The building is separated from the ground and supported on piles, the materiality of the structure is revealed throughout the entire building, establishing a heavy and steady world. On the contrary the facade systems are light, dry mounted to exhibit their temporary and removable character.

A gallery of accessible facilities under the slabs runs the building all the way long. This infrastructure can solve the maintenance and further introduction of new services and technology. This solution avoids ceilings that would hide the structure and blur the proposal. 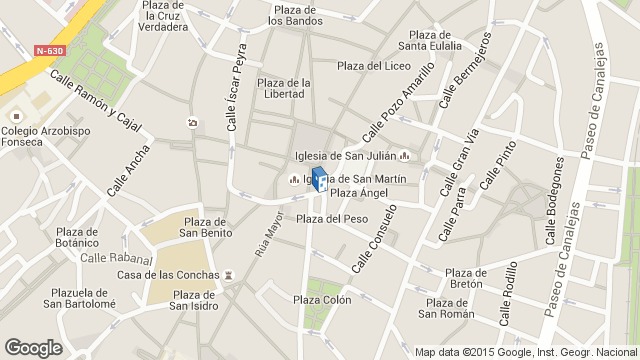 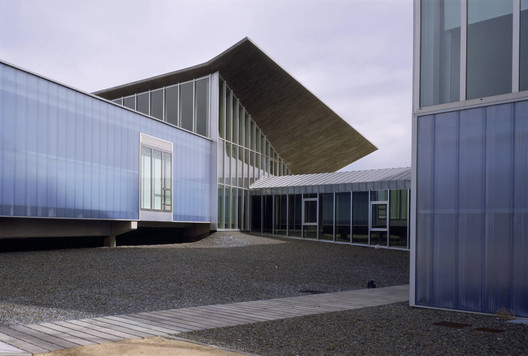