Pedro E. Guerrero: Photographs of Modern Life at Woodbury University Hollywood Gallery (WUHO) is on view through April 25. The show is the first extensive exhibition on the West Coast of Guerrero’s career as an architectural photographer. Curated by Anthony Fontenot and Emily Bills, JSI director, Pedro E. Guerrero: Photographs of Modern Life will highlight the diversity of Guerrero’s subjects taken over seven decades. During that time, he captured the architecture of Marcel Breuer, Philip Johnson, Edward Durell Stone and Eero Saarinen. His wide ranging work included portraits of architects as well as commercial work for House & Garden, Vogue, the New York Times Magazine and Architectural Record. He is perhaps best known for his close relationship with Frank Lloyd Wright. The exhibition will feature Guerrero’s illuminating portraits of Wright, including twelve photographs of the architect’s hands demonstrating the difference between organic and conventional architecture at the Plaza Hotel in New York. Continue reading for more. 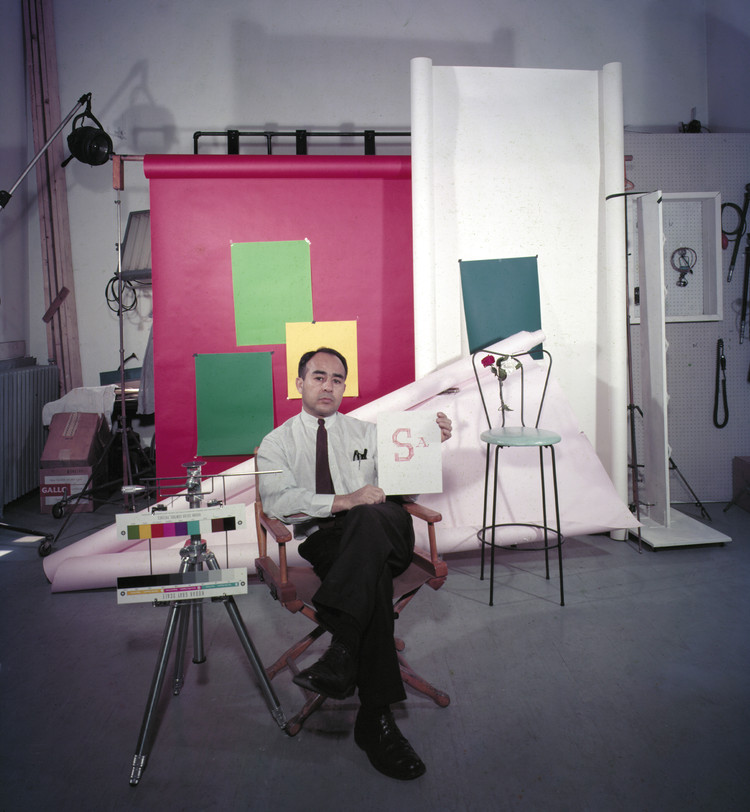 In an interview by L.A. Blogs, Emily Bills, director of the Julius Shulman Institute at Woodbury University and co-curator of the exhibit, points out Guerrero’s skill in capturing the innovative and distinct qualities of the architecture, while also maintaining the humanism of its everyday use “allowing people to move in a space without their bodies becoming a controlled part of the environment”. This tendency is what sets him apart from his contemporaries.

The exhibit hopes to bring Guerrero’s work to a broader audience, familiarizing his photography with those who generally associate him with Frank Lloyd Wright‘s buildings, which he photographed extensively during their friendship. The photographs capture an architecture that was eclectic and set apart from its history – developed into a multiplicity of typologies and forms in the postwar era. Some of the buildings captured by Guerrero have been destroyed, but the photography serves as a reminder of modernism’s variety.

Guerrero was recently awarded a Lifetime Achievement Award by the Art Center College of Design’s Dennis Keeley, chair of the Photography and Imaging Program, in recognition of outstanding accomplishment over a lifetime of creative photographic process. “I am deeply honored to receive this important award. The training and encouragement I received at the Art Center School 75 years ago changed my life forever,” said Guerrero. “I thank the school for this wonderful recognition and the Julius Shulman Institute for making it possible.”

The exhibition will be on view until April 25, 2012 at the WUHO (Woodbury University Hollywood Space) in Los Angeles, California. Find more information here.