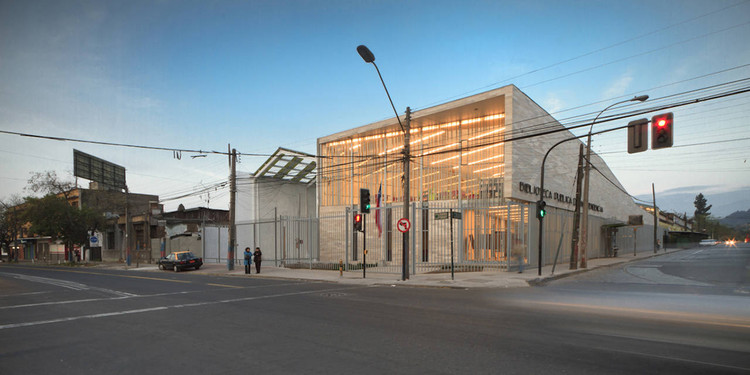 Against a highly contrasted urban environment, known for the presence of valuable public buildings and rudimentary dwelling, the project looks for a compact, strong and monolithic image in order to represent a cultural centre for Independencia District.

The materialization of this space tries to establish itself as a valuable input to the configuration and conceptualization of gathering spaces, bringing physical conditions to motivate and to host the act of communication featured in contemporary libraries, which go beyond the role of a conventional bibliographic heritage containers. In this context of paradigmatic change, libraries become into architectural icons, joining and pervading new meanings to the formal composition of the conventional city.

Acknowledging its corner situation and making use of its 60 m long east facade in front of the forest garden of the Universidad de Chile Medicine Library, the project proposes a continuous promenade open to the city, with an ascending path which starts in Independencia Avenue, and offering an easy understanding of the contained programme.

Regarding individuality and simultaneousness of contemporary cities like Santiago, a fluent, flexible spatial interrelationship is required to bring a narrative continuity of multiple entrances and walk throughs. Consequently, it is proposed a container for a space of interrelated ramps, achieving visual connection and functional segregation. The structural perimeter allows an open layout in both levels, which eases adaptation and new arrangement for the public areas in the future. Even the taller second floor allows an extension within the library itself.

Close to the maintenance criteria of public buildings in Chile, only proved resistant materials were used, so they ensure low maintenance rate as a whole. Materials considered are cast concrete structure with seismic walls in the perimeter, interior columns and slabs of the same material in the mezzanine level. The roof consists of a steel frame structure with painted metal sheets, and acoustic plasterboard ceilings in the interior.

Interior walls are of the same acoustic material placed strategically as a way to reduce reverberation. The external envelope is made of local Travertine marble, similar to the colour of the Medicine School is facing to. Floorings are of non-slippery ceramic tiles. Windows are made of laminated transparent glass and have bar blinds fixed, built as a safety feature.

In the reading areas and/or work spaces, higher south–oriented windows are considered for gaining indirect flatter sunlight during the day, and safety bars acting as blinds or sunshade are placed in the east and west.

The building has natural ventilation, only service areas being fed mechanically. Although air conditioning is not considered, the necessary plumbing was already installed if needed. Heating is offered through hot water radiators placed in walls.

Circulation ramps meet with local regulations for accessibility, so only a small lift has been considered for bibliographic material between the work spaces and the help desk. 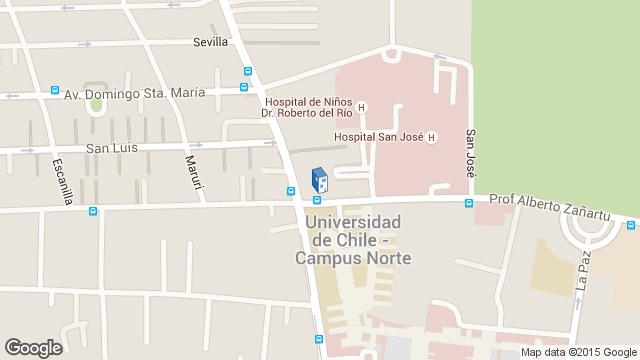