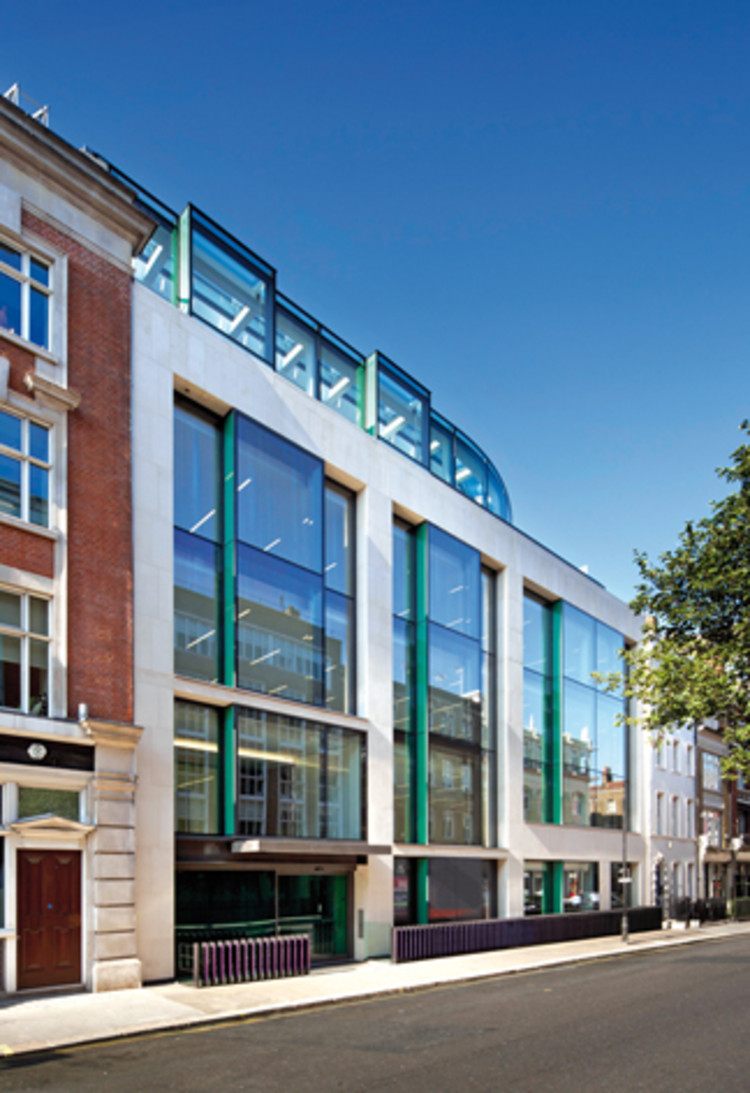 The design of the façades has been informed by the street context, which includes large twentieth century office blocks alongside terraced Georgian townhouses, whilst also reflecting the vibrancy of London’s Soho. Portland stone and glass with green accents have been chosen for the main façade, responding to the colour and forms found within the street’s varying architectural styles s.

The rear elevation, previously set back from Bridle Lane, is characterised by an abstract arrangement of projecting window bays on a white glazed brick wall, and fixes the alignment of 25 Great Pulteney Street with the surrounding buildings, creating significantly larger floor plates for the building.

The building’s structure - an innovative hybrid solution which combines in-situ flat slab with an embedded steel frame - allowed Wilkinson Eyre to maximise the footprint of the building, whilst also creating a generous roof garden and external terrace areas. The curved top floor and roof profile has been designed to visually reduce the building’s mass from the street and maintain internal floor to ceiling heights.

Paul Baker, Director at Wilkinson Eyre Architects says: “We wanted to add a distinctive piece of architecture to one of the best streets in Soho. Whilst a key challenge for the project was maximising the amount of floor space, there was also an opportunity to make a significant contribution to the streetscape and to create spaces that are extremely bright and fun to work in.”

A rigorous sustainable approach has been embraced throughout the building: a ground source heat pump and floor displacement ventilation minimise carbon emissions, running costs and plant space. The façade treatments respond to orientation and the use of shading devices, and high performance glass contribute to a highly efficient building envelope. The new building has achieved a BREEAM rating of Excellent.

The project includes an interactive piece of public art, Finial Response, by Cinimod Studio that covers 20 metres at street level. The installation - a reinterpretation of traditional street railings - is made of responsive LED elements which react to passers-by, further animating the streetscape. 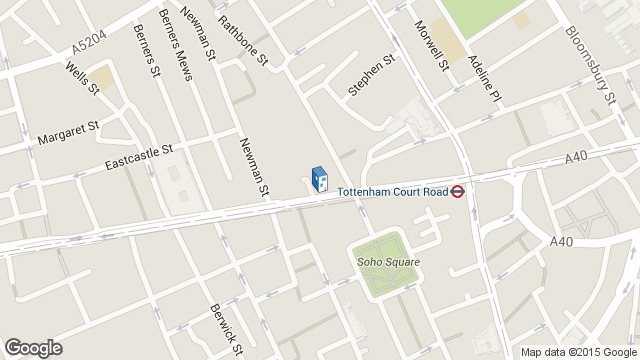 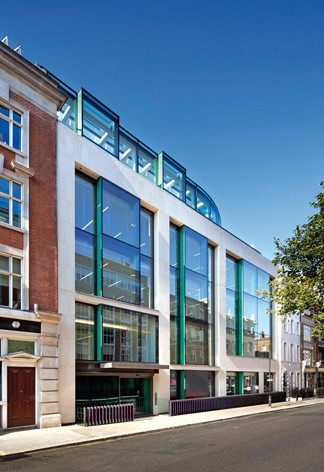