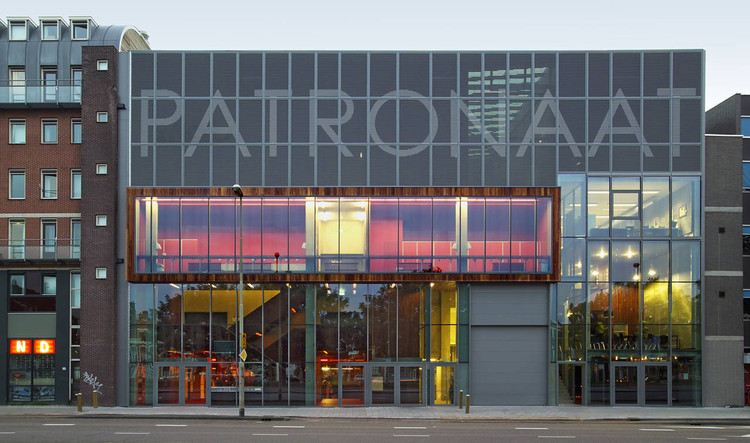 Text description provided by the architects. Haarlem’s pop music venue consists of a foyer and a large auditorium stacked on top of a smaller one so that the program fits neatly into the designated space. An internal street for loading and unloading runs through the building and activity there is fully visible to visitors. This is appropriate for a cultural institution such as this where, other than in the theatre or concert hall, there is no strict separation between front and back stage. Here, a night out means more than just attending a concert and for this reason, emphasis is placed on the visual relationships and routes through the building.

These facilitate a variety of encounters and contacts for a diverse public ranging from teenagers to old rockers. The toilets have a very prominent place in the building directly behind the glass facade to maximize the visibility of movement and liveliness inside the building, particularly in the evenings. Both the large auditorium (holding1000 visitors) and the small auditorium (for 300 visitors) have an asymmetrical balcony which enhances the acoustics.

Designing Social Rituals
Haarlem’s pop music venue – a commission that resulted from a European tender – consists of a foyer and a large auditorium stacked on top of a smaller one. This made it possible to just fit the programme – and meet all of the acoustic requirements – in the prescribed building volume. An internal street runs through the building, facilitating loading and unloading. Trucks enter the building via a residential area at the back and after a concert they leave again via the huge garage door at the front, without disturbing the sleeping neighbours.

The restaurant is also located on this internal street. Loading and unloading on the internal street takes place in full view of the visitors. This befits a cultural institute such as this where, unlike in a theatre or concert building, there is no strict separation between front and backstage. With pop concerts, the collective experience is much more important. Here, a night out is more than just attending a concert.

Therefore the visual connections and routes through the building have been emphasized, to encourage all sorts of encounters and contacts among a diverse audience ranging from teenagers to old rockers. The building invites visitors to roam to the stage, the bar, the balcony and, last but not least, to the lavatories, which are an important meeting point at pop concerts. Therefore they have been given a prominent position in the building, immediately behind the glass facade which especially at night, displays as much of the movement and activity inside the building as possible.

The top floor, behind the letters that spell the centre’s name, houses most of the building’s sizeable technical facilities. Both the large auditorium (which holds 1000 visitors) and the small auditorium (with a capacity of 300) have asymmetrical balconies, which enhance the acoustics.
These balconies also enrich the experience of the visitors, who may circle the auditorium and look at both the band and the audience. The Patronaat as a building really comes to life at night. During the day, it shows its civilized side,fitting in with the street scape through repetition of the motifs of the adjoining architecture on its left and right sides. 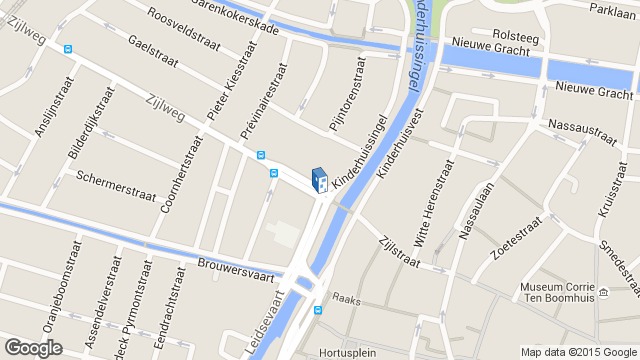