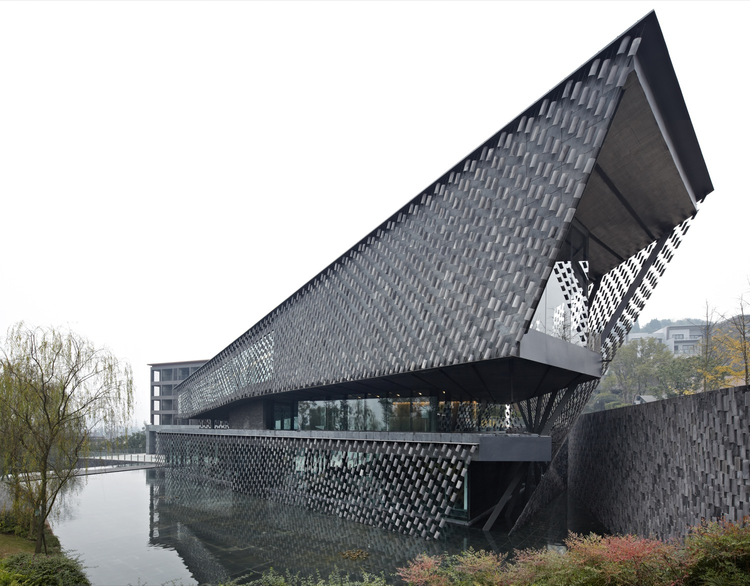 Text description provided by the architects. This pavilion is located at the foot of Laojunshan mountain in Xinjin, to usher in the people to the holy place of Taoism, while the building itself shows the essence of Taoism through its space and exhibitions.

The tile used for façade is made of local material and worked on in a traditional method of this region, to pay tribute to Taoism that emphasizes on nature and balance. Tile is hung and floated in the air by wire to be released from its weight (and gain lightness). Clad in breathing façade of particles, the architecture is merged into its surrounding nature.

The façade for the south is divided into top and bottom and staggered in different angles. This idea is to respond to two different levels of the pond in front and the street at the back, and avoid direct confrontation with the massive building in the south. For the east side, a large single tile screen is vertically twisted to correspond with the dynamism of the road in front. The façade for the north side is static and flat, which faces the pedestrians’ square. Thus the tile screen transforms itself from face to face, and wraps up the building like a single cloth.

Taking advantage of the varied levels in the architecture’s surroundings, the flow is planned to lead people from the front to the back, motion to stillness, like a stroll type of garden. The exhibition space inside is planned spiral moving from darkness to light. From the upper floor a paramount view of Laoujunshan can be enjoyed. Direct sunlight is blocked by the tile, and the interior of the building is covered with gentle light with beautiful particle-like shade. 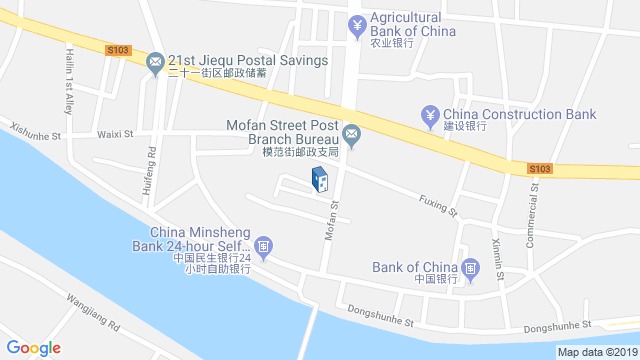 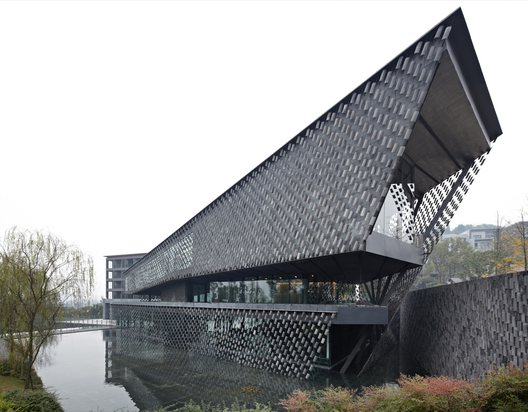