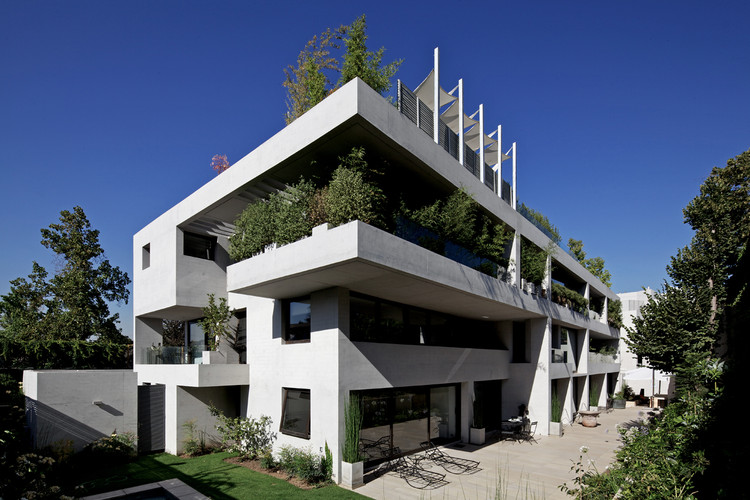 Text description provided by the architects. The Ignacia Apartments Is placed in Santiago de Chile, in a neighborhood with residences in low, medium and high density, surrounded by parks and squares and the presence of the north hills, the Mountains and the proximity of the Mapocho River.

The investment operation consists in an atypical operation; instead of selling apartments sell square meters. Each owner buy the square meters for develop by order the apartment for the program of they needs.

Ignacia is a group of four large square footage apartments consisting in two volumes with two apartments each. The volumes, with a rectangular floor plan, have three complete floors and a fourth floor which is set back allowing the use of the roofs as terraces and swimming pools (Fifth façade).

Also the project includes the use of the habitable underground. (We call it the sixth façade) Penetrate the underground spaces is a unique possibility of light and natural ventilation. Burying and open to the underground and enable a new landscape which highlights the compressed presence of near walls as a doorway to the sky.

As in all our works, also we insist in the use of dividing walls as architectonic support (seventh façade). In this case the division walls characterize a new panorama, making a new landscape possible and a new place for the building.

The four apartments have the special condition being that they are all different, both regarding their programs and their square footage. Each apartment has at least two levels and each one is accessed through a double height space.

The program is resolved mainly in the section, as the apartments are intercalated vertically and horizontally in a spatial interplay, searching for natural light on the basis of set-backs and balconies. The sustainability of Ignacia building is principally by the use of the fifth, sixth and seventh façades. These permits separate the building, heat and cold, creating natural isolation, ventilation and lighting.

The importance of using and controlling the natural light and shadow permitted a bioclimatic proposal and the creation of intermediate spaces that permits the use of the interior spaces to stay, play and rest with natural light all day long.

Also, each dwelling sets with the rooms to the north (sun). A correct orientation and solar panels on the roofs contributed to the energy saving. The only element that unifies all the apartments is the materiality and the terminations. Only one material reinforces the idea of a unique volume: the concrete.

The interiors are entirely white that permits more luminosity, reflecting the light. Doors, windows and carpentries were in cedar wood. From a constructive point of view the building is resolved with concrete incorporating titanium dioxide and a system of phenolic molds with 5 inch wide planks, which have been designed and modulated on the basis of the geometry of the windows, sills, beams and walls. The entire building square footage is 2670 m2 total and each apartment goes between 400 and 500 m2 interior. 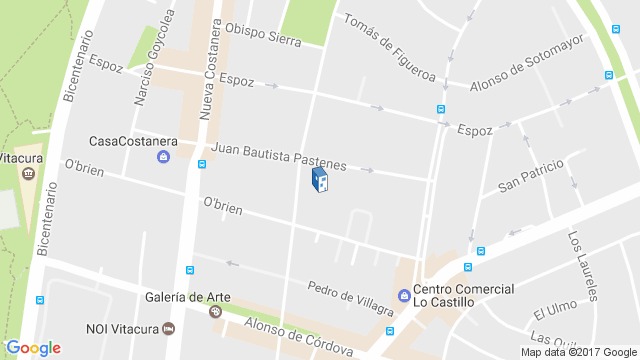 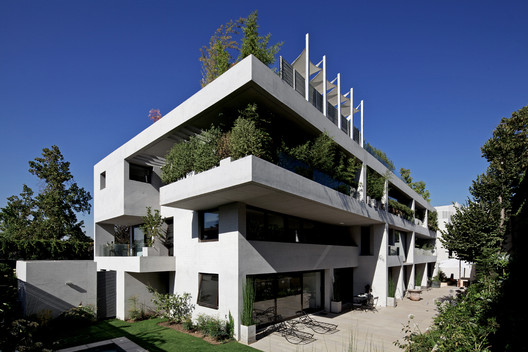