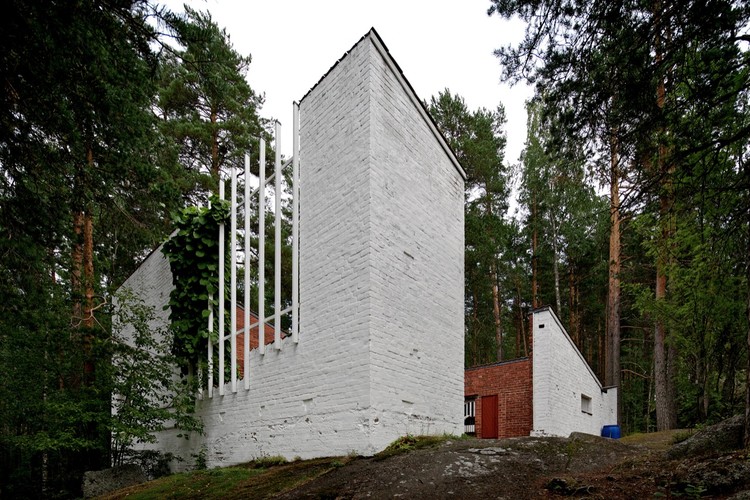 Text description provided by the architects. Soon after the passing of his wife in 1949, Alto began the design for a summer getaway for himself on the western shore of island Muuratsalo, Finland. Through the process of designing the house, it became an experimental study of materiality, architecture construction and philosophies.

The most basic understanding of the house is it's courtyard scheme which focuses inwards on the space while also directing careful views of the nearby Lake Paijanne. The walls of this courtyard reflect the very nature of the experimental home, as there are more than fifty different types of bricks which are arranged in various patterns. This allowed Aalto to test the aesthetics of different arrangements while also monitoring how they reacted in the rough climate.

Testing concepts like foundation systems, free-form brick construction, and passive solar heating, Aalto was comfortable exploring materiality because he only used the residence part time. The interior of the house holds a raised loft area which was to function as a painting studio. This is supported by large wooden beams which hold the space in tension.

Like all of Aalto's architecture, the surrounding landscape measuring 53650 square meters plays a critical role in the experience of the architecture. Boulders and stones which are covered with moss, bilberry and lingonberry bushes add a beautiful contrast to the brick and white colors of the house. A fire pit digs into the center of the courtyard, becoming a central gathering space. A feeling of ancient ruins is prevalent with the whitewashed brick walls that rise from the landscape on the hill. Adding to this ancient feel, vines wrap and stretch across the surfaces of the dwelling which reveals its age.

Besides the residence, the grounds of the experimental house also contain a sauna as well as Aalto's boat and it's enclosure. The boat, named "Nemo Propheta In Patria" was designed by Aalto in 1954. A wooden screen structure offers protection to the boat, which was designed as an entry to a 1996 competition, won by two Denmark students. 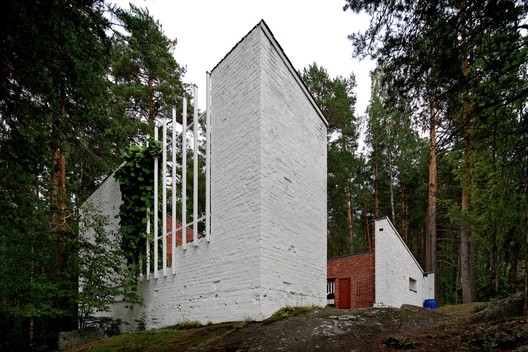