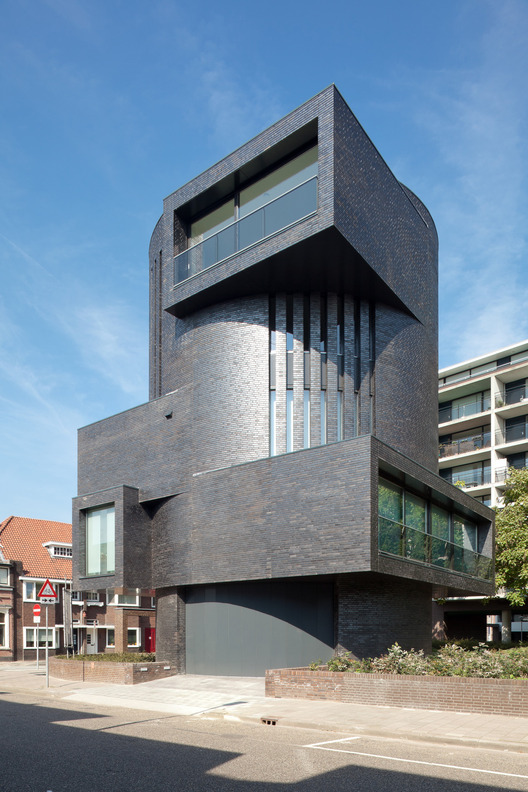 Text description provided by the architects. In the first half of 2011 an urban pavilion by Bedaux de Brouwer Architecten has arisen in the Primus van Gils Park in Tilburg.
Until now, this area in the city center had been characterized by an exceedingly patched up urban condition. This pavilion by Jacq. de Brouwer intends to reconcile its parts.

Standing firmly in the middle of the park and being clearly visible from all angles the pavilion’s key ambition is to become a spatial conductor. Dynamic connections to the surrounding greenery and the cityscape are forged. Two apartments stacked on top of a shared entrance level make up a circular-shaped five level structure. Rooms of both apartments that require privacy are grouped together on the third and fourth level. The rooms are made introvert and are kept within the core. The second and fifth level contain outward looking spaces.

Large sweeping window bays provide maximum panoramic views and have the advantage of allowing the use of large sliding window panes that open up the façade. The window bays spiral upwards as if to actively search for optimum orientation. Privacy and engagement are caught in a whimsical display of twisting and turning. Like a combination lock the bays latch into their final position.

By rendering the whole building in a dark glazed brick the impression of an amassing edifice is amplified. The suggestive weight grants the sweeping gestures tectonic forcefulness. A distinctive brick-laying technique of recessed bed joints and omitted head joints makes the masonry at times appear almost like textile. In its staged setting, this pavilion will be continuously at play to attune the space of the city. 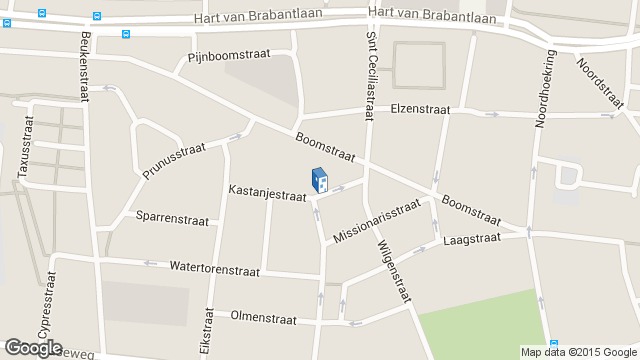