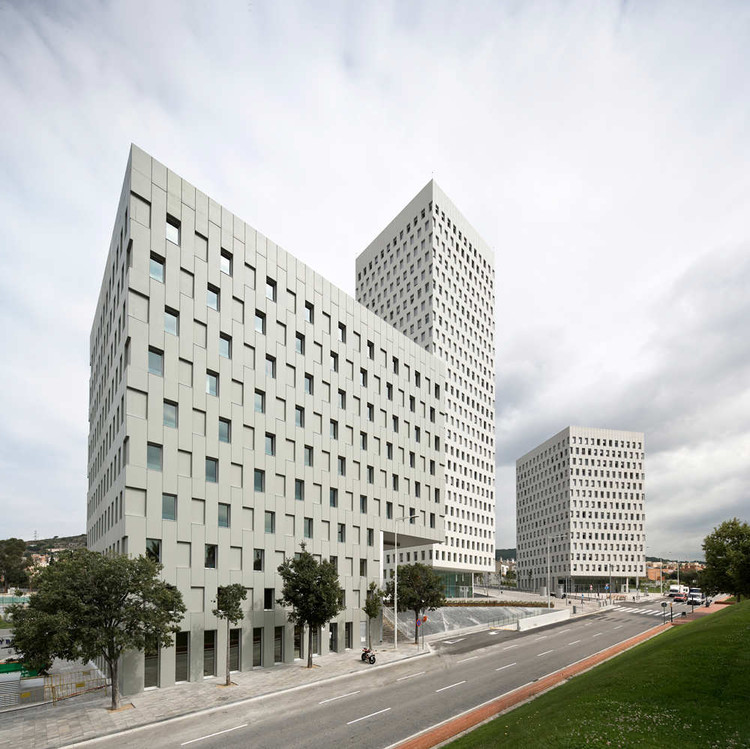 Text description provided by the architects. The site is located between two areas with very different morphologies due to the uncontrolled expansion of the city. To one side is the old town, a consolidated front of constant heights—the centre of development in the sixties—that acted as a barrier to later urban growth and, on the other, the Singuerlin neighbourhood, a disordered, irregular area of growth on a steeply sloping site. The completion of the B-20 expressway and the construction of Europa Park in the nineties united the two areas without addressing the Singuerlin neighbourhood.

The Pallaresa project deals with this front. The urban strategy consists in creating a new centrality by introducing amenities at the urban scale, such as a hotel and multiscreen cinema. The programme is completed by 200 dwellings. This involved three basic concepts:

1. Verticality of the buildings to free up land, reducing their impact and adapting to the morphological characteristics of the area. The private building is 25 floors high, and the social housing block has 14 floors. The hotel stands seven storeys high.

2. Freeing up as much as 8,500 m2 of land to create green space that extends Europa Park and connects with the leisure complex at Can Zam.
3. Symbolism at an urban level. A double symbolic element is generated, the gateway to the Singuerlin neighbourhood which is defined by the formal dialogue between the two high-rise residential buildings.

The three buildings are arranged on the site in such a way that the entrances, marked by large projections, configure a great urban space, forming a porched plaza. 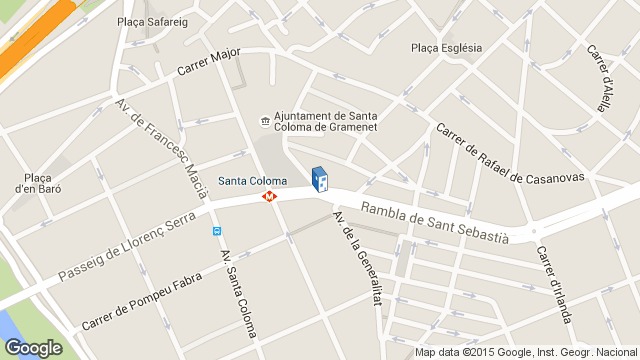