Save
AD Classics: The Cathedral of St. Mary of the Assumption / Pietro Belluschi and Pier-Luigi Nervi
Share
Or
Copy 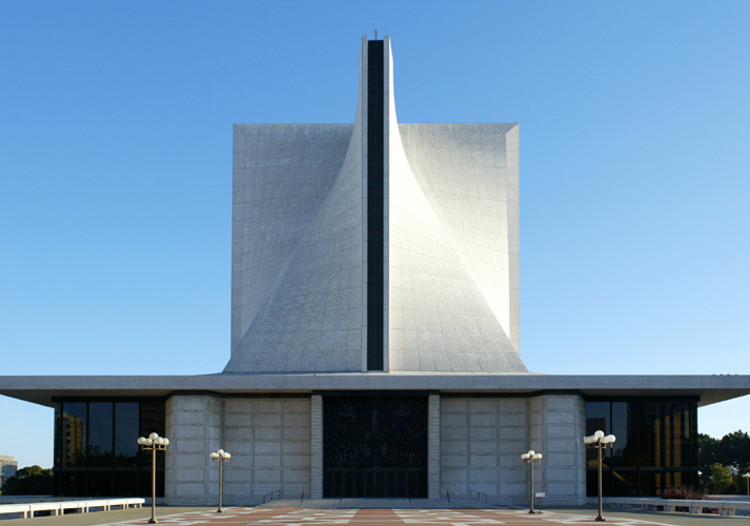 Text description provided by the architects. With the fascinating fusion of traditional Catholic faith and modern technology, the Cathedral of St. Mary of the Assumption has become a distinct landmark in the cityscape of San Francisco. Designed by architects Pietro Belluschi and Pier Luigi Nervi using what was considered the most top of the line engineering, the form of the chapel attracts visitors from all parts of the world and religious spectrum.

Taking inspiration from the cross, the architecture of the St. Mary’s Cathedral emphasizes both the vertical and the horizontal. As the eyes are drawn upward with the sweeping of the cupola, hearts are meant to uplift towards the heavens and God.

The artistic nature of the St. Mary’s Cathedral in San Francisco evokes a union between heaven and earth through the balanced simplicity that becomes possible through modern engineering. The hyperbolic paraboloid creates a graceful flow upwards until it reaches 190 feet where the four corners meet in a cross. The cathedral measures 255 square feet and is crowned with a 55 foot tall golden cross at its apex.

Pylons support the 19-story cupola at each corner of the floor plan, each constructed to withstand ten million pounds of pressure. With a circumference of 24 feet at their narrowest points, the pylons are embedded 90 feet down into the bedrock. A surprising 1680 pre-cast triangular coffers comprose the inner area of the cupola, featuring 128 different triangular sizes. These transfer all the weight of the structure down to the ground, while allowing large windows to frame views of the city of Saint Francis of Assisi. To call on memories of historic mission architecture, red brick is used on the floor in sweeping patterns.

Drawing on more traditional roots of Catholic cathedrals, an important portion of the design and experience of St. Mary’s is the stained glass that travels up all four sides of the building. At the top plane of the structure, the four lines of glass change direction, running horizontal and creating a cross with the mosaic glass patterns.

The colorful light that floods through the windows highlights views of the surrounding San Francisco city, which is meant to remind church attendees of their commitment to the work of the Kingdom of God on earth. More artwork in the cathedral hangs above the altar; a kinetic sculpture by Richard Lippold is suspended fifteen stories off the ground by gold wires.

Groundbreaking occurred in August of 1965, and two years later Apostolic Delegate Luigi Raimondi blessed the cornerstone. Construction was completed in 1970. 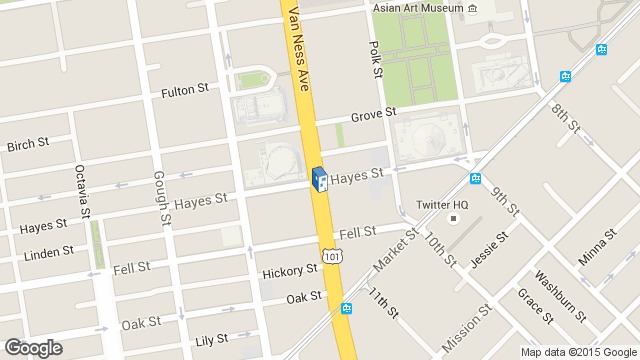