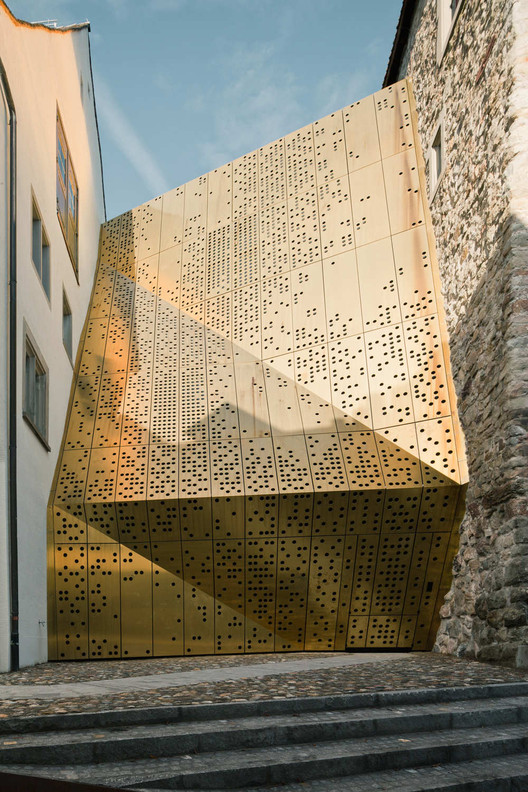 Text description provided by the architects. The ensemble of buildings that today makes up the Rapperswil-Jona municipal museum looks back on a history of more than 700 years. In 2010/11, it underwent extensive renewal and restructuring.

Starting at the end of the 13th century, a small fortified complex was built inside the town walls of Rapperswil on Lake Zurich. It was comprised of a fortified tower and a residential building, which were linked to one another by a utility building constructed along the town wall. A number of the extravagant interiors from halfway through the 16th century have been preserved until the present and they formed the origin of the museum, which was established in three buildings from 1943 onwards. The new use as a museum called for a number of adaptations, and they included, in particular, the conversion work performed in 1960, during which the connecting building was given a ‘medieval’ mock-historical timber-truss façade including open galleries.

By 2002, it was obvious that the property, which was known as “Breny” after its last owners, would have to undergo thorough renovation, and considerable structural shortcomings had been detected, especially affecting the connecting building from 1960. Another factor was that the layout of the buildings, which had evolved gradually over time, was such that the ways of getting through them were convoluted, which rendered it impossible to satisfy the requirements of safety and security as well as those of present-day museology. At the same time, the idea was progressively taking shape on the political front of merging the towns of Rapperswil and Jona, which became reality in 2007. Renovation of the museum was thus the first joint project as a step into the cultural policy of the future.

The “janus” project, which won a competition held in 2007, is giving the Rapperswil-Jona municipal museum a new profile commensurate with its public significance. It is designed to attract the attention of members of the public interested in culture without stopping at the municipal boundaries and presents the museum and the town as an appealing destination for excursions. The project to put up the new building has been sensitively integrated in the historic town. The view from the north, which is important for the overall visual impression of the town, is to remain unchanged. The building fits discreetly into the background of the historic picture presented by the narrow town-centre streets. With the new terrain situation and the tasteful bronze façade, the building imposes a new emphasis on its immediate surroundings and can easily be read as the main entrance to a modern museum complex.

In addition to a new main entrance, the Breny House and Breny Tower parts of the museum now benefit from disabled access thanks to the new building. As a new part of the whole complex, “janus” satisfies the all building-services and operational requirements of a modern, round-the-year museum operation and thus makes it possible for the legacy buildings too to justify their existence as authentic witnesses of their day and age. It is with this same respectful attitude that the shape of the new building has been developed out of the lateral façades of the old buildings. Its façade and roof have been designed in such a way that the existing windows and doors of the old buildings are not intersected anywhere.

The newly created rooms are extending the museum’s spectrum in terms of space, operations and the possibilities available to the curator. The ground floor, for example, fulfils several functions. After entering the complex, visitors immediately move into the main room, which is two floors high. Given its central position and the model of the town on display there, this room is a suitable starting point for conducted tours of the museum or the town. For prestigious events, it can be combined with the forecourt or the gallery floor.

Many different rooms are also available in addition to the main one and are appropriate for a variety of exhibition purposes. One example is the second floor, where the rooms have had plenty of windows incorporated in their walls, affording marvellous views. Another is the third floor, which is drenched in bright light, making it possible, on the one hand, to admire the impressive roof timbering of Breny House, which had previously not been visible, and, on the other hand, to provide a setting for a modern presentation of contemporary contents. The way that different types of natural light are brought into play adds another interesting dimension to the building in the course of the day and the succession of the seasons.

Illumination of the building through its roof and the transmission of light from floor to floor deliberately create a stark internal contrast with the legacy buildings. Firstly, that makes it easier for people to find their way around the whole complex and, secondly, the new is clearly offset against the old, heightening awareness for the threshold to the latter. Stepping into the legacy buildings thus becomes an eventful journey in time, back into the past. Thanks to spatial references of this nature, the new building kindles visitors’ curiosity and stimulates them to set out on this journey of discovery. Various direct lines of vision show up the town and museum in unexpected perspectives and vistas. They create the desire to move around in the museum and to get to know the buildings and the exhibitions on display in them. 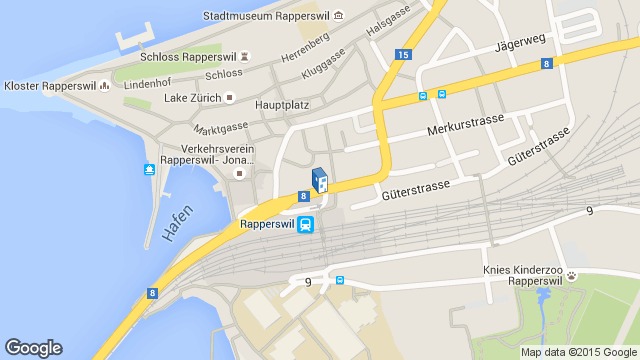