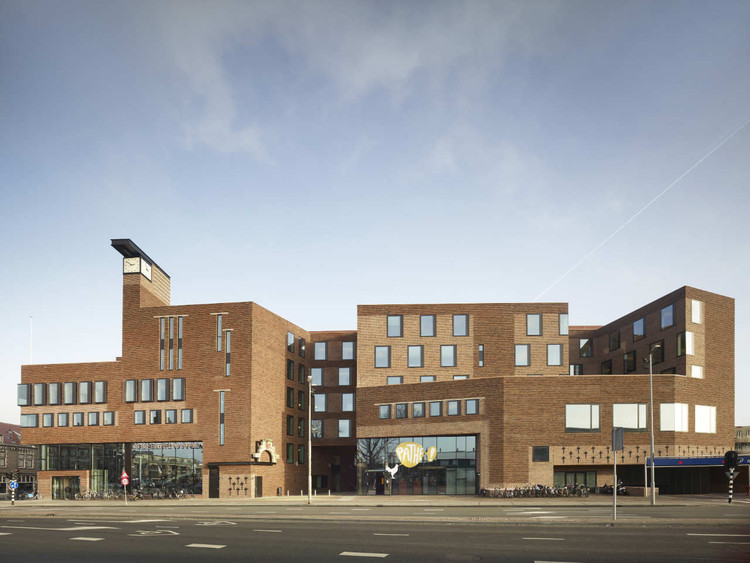 Share
Or
Copy
Mixed Use Architecture
•
Haarlem, The Netherlands

Text description provided by the architects. Transformative processes, particularly those relating to delicate fine-grained historic cities like Haarlem are complex and protracted. In the case of the Raaks project it took more than ten years to evolve from the considered Urban Masterplan (Donald Lambert - Kraaijvanger Urbis) through a sequence of workshops and program rethinks to the final ensemble, which opened in October 2011.

At the outset BOLLES+WILSON were given responsibility for the outermost block of this close packed, highly urban redevelopment precinct - which as it turns out (and as the masterplan prescribed) intertwines almost seamlessly with the adjacent small-scale urban fabric - a neighbourhood. The edge block must both shield (traffic) and invite (pedestrians), it must signal and respectfully take its place in the sequence of facades that define the historic limit of the medieval city. Initiating site workshops brought together neighbourhood representatives, city representatives, developers and architects - BOLLES+WILSON, Claus en Kaan, Jo Crepain and Kraaijvanger Urbis (who also had responsibility for the large format carpark below).

The complex functional mix began with one large and seven smaller Cinemas on the upper levels, a subterranean Casino and below that a parking deck (for croupiers and gamblers). Even at this stage the two functions were divided by a bisecting passage leading from the visible and representative outside facade to the networked block interior. The question of scale and historic referencing of the windowless Bioscoop monolith at this stage engendered a cinema screen-like facade with an almost pop graphic, a giant screen-printed historic Haarlem Plan, suspended on the reverse side of cinema projection screens (the stable image of the city - the fleeting reality of media). Welstand were (quite rightly) not amused.

At this point the cinema went underground and the Casino colonized the upper levels. They also required few windows (too distracting from the serious business of throwing money into machines). At this time also a complex steel skeleton was introduced to suspend upper functions above large format cinemas below. At a certain point the Casino became a City Hall. This was the awaited opportunity to investigate missing windows and to invent a casement type that can be installed either set back from the facade line, flush with the brickwork or proud of the buildings surface.

A city hall is of course a significant and representative building - taking up their responsibility the new users instigated another series of design workshops steered by the perceptive ambitions of Alderman Chris van Velzen. 'Don't forget the clock-tower' and 'think Dudok' were his instructions. The result was the development of an articulated brick skin - a texture of shadow stripes and flat fields with a lighter coloured mortar joint. Also at this point the necessary overall volume was massaged into a Haarlem appropriate scale with corner setbacks, and scale reducing volumetric articulations. The office of Henk Döll had already designed a new Haarlem City Hall; they now joined the workshop as architects of the city administration interiors.

Early in the project evolution the preservation of the nineteenth century building on the Bioscoop site was discussed. It was as one can imagine somewhat incompatible with the new use. The alternative strategy was for BOLLES+WILSON to select various emblematic and finely worked components to be put aside, carefully restored and subsequently integrated into the new block. The adoption of Carlo Scarpa's Verona technique of suspending signifying fragments in front of supporting walls here circumvents pastiche and offers for the attentive viewer a historic layering, a subtext that animates and articulates localised moments.

Two statues which may once have triggered a discourse on 'virtue' or 'prudence' now find themselves perched on a tailor-made corner shelf surveying the inner square, or thrust as anchoring angel into the flux of traffic and car-park entrance. Other arches, sculptures, carved stone ship relief and anchoring irons are carefully placed to animate street spaces, blind walls and to the passage, which bisects the block connecting the inner (Raaks Kwartier) and the outer world - another sequenced and choreographed spatial unfolding.

INTERIOR – Döll was responsible for the interior design, floor planning and finishing. The building scored 8 (out of 10) in terms of sustainability, according to the Dutch GPR-qualification for public buildings. From the Zijlvest the public enters the new hall, with counters, consultancy rooms and self-service points. The large hall with its mezzanine is synoptic, wide and light. The upper floors consist of flexible and open workspaces for three city departments – a combination of classical offices, open work areas, meeting rooms and encountering spaces. The inspiration for the atmosphere of the building is the 17th century painting ‘Pekelharing’ from the Haarlem painter Judith Leyster. Quiet geometrical background + protruding colourful foreground, principles of contrasting form, material and colour found also in the interior of the Raakspoort, – quiet neutral workspaces, animated encountering spaces. 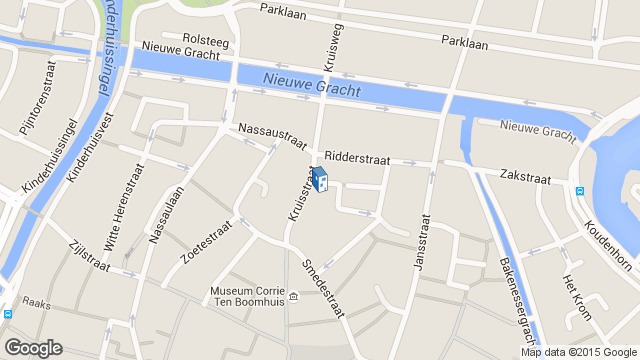 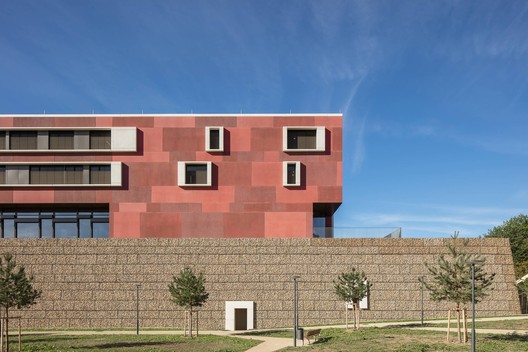 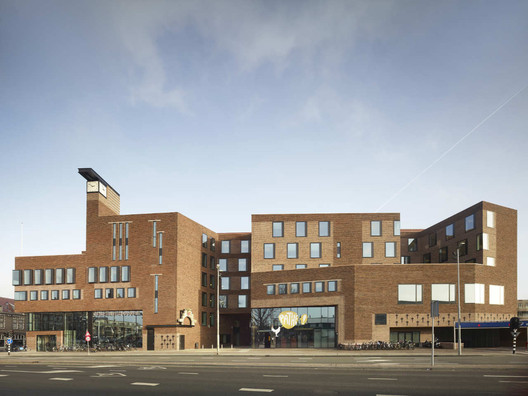