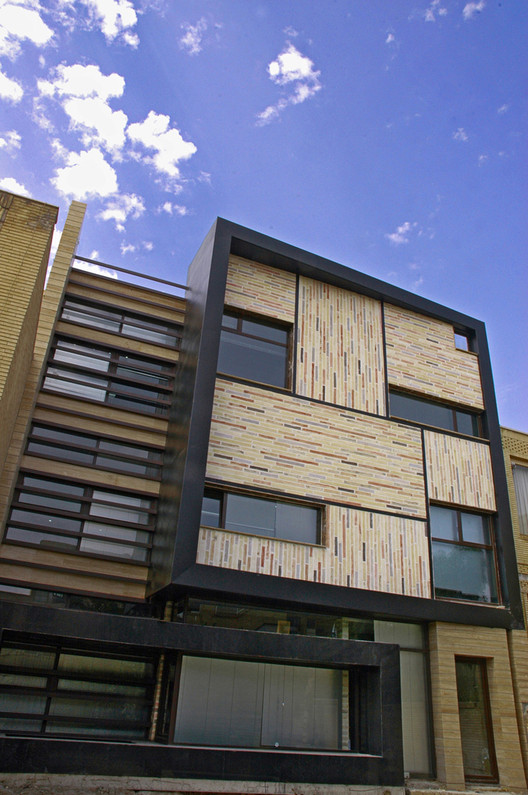 Text description provided by the architects. The matter of design is an old residential building in the city of Isfahan which was supposed to be remodeled as an office.

Regarded to the traditional elements of Iranian local architecture, the design team tried to use contemporary synonyms of traditional materials and forms such as; hand-made bricks, colored glasses, wooden decorations, vitray and water; also the Iranian form of cross which was traditionally used to manage the divisions of space.

The concept of designing for the central void is derived from the form and application of traditional wind towers of desert regions of Iran. This void can lead the wind into the spaces in different floors around it. And because of applying the water in the bottom, it would also become cool and refreshed. In addition the void can also lead the natural light through the mirrors which are used in its body. These mirrors reflect the light to each other so that it can move down and get to the spaces even in the ground floor.

In the south elevation, there is a special frame of black steel which is used to control the direct and intensive light of the west in the evening. The façade is a itself is flat; but the fame is a little rotated; so there is a difference in distance between two ends of this frame and the surface of façade that cause this covering. In this façade the main material in use is hand-made brick in two sizes (90*7 - 40*7) and various colors. That can make it local and known.

In brief this building is a combination of modern spaces which all can be understood as the continuity of traditional architecture of Iran. 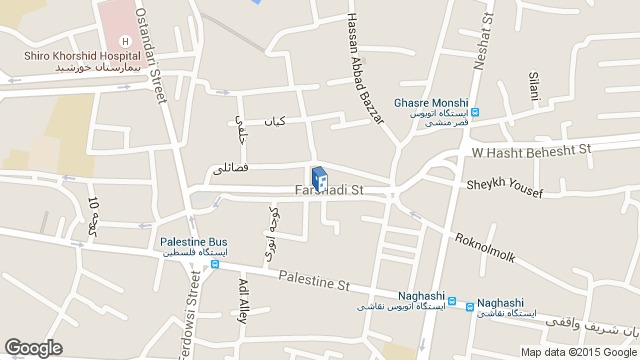