Save
Revitalization Of The Crucifix Bastion / MCA atelier 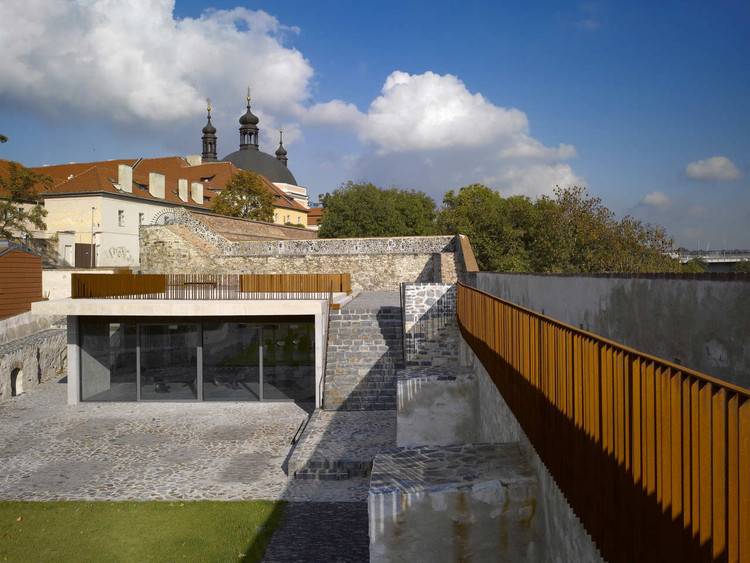 Though itself of Baroque date, Bastion XXXI is a part of the medieval fortifications of the New Town of Prague, founded in 1348 by Emperor Charles IV. The need for unconquerable fortifications was strengthened by the presence of the Cathedral of Charlemagne at the point of the bastion. Along with the fortress of Vyšehrad, another significant monument of the city fortifications, the ramparts form a significant defensive complex, yet one hidden beneath the later layers of the contemporary built fabric of central Prague, now a UNESCO heritage site. The area of former gardens within the ramparts was left untouched since the 14th century, first as reserve land and later ignored even as the city expanded over the centuries. The surviving line of fortifications still forms a clear separation of the functional areas “inside” – the New Town and the Charles University campus – and “outside” the ramparts – the park of Folimanka and the section of the city below Vyšehrad. The impermeability of the area created an inner periphery, a strip of inaccessible and unused greenery within the central city, in certain points approaching the character of a "brownfield". While the gradual disappearance of the importance of historic routes and destinations in the area left it well conserved, the preservation came at the cost of local decay and the related threat to architectural heritage.

The construction is part of a wider planned conception for linking the green areas and public spaces of the university campus at Albertov with the adjoining neighborhoods of the New Town (Nové Město) and Vinohrady. No less important is making publicly accessible the previously unused and neglected localities in the area and the formation of new public outdoor spaces with a corresponding cultural and functional base of associated buildings. Our goal was the landscaping of the public area, the addition of an open-air café and gallery on the site of a ruined building of 19th-century date, and linking the spaces inside and outside the medieval fortification line that has kept the area of gardens and the university campus separate from the other sections of the city.

The intended result was the creation of a attractive destination shared by residents of localities both “outside” and “inside” the wall, and the renewal of the essential qualities of the “outcropping”: a place with high visibility (both seeing and being seen), a place for connection of both sides of the city, a place for stopping, resting, reflecting, thinking; a local acropolis reached by paths from all sides. A destination, a point of encounters, a place for meetings, reminiscence, a concentration of the human arts, a place for resting in the sun, a picnic on the grass, a seat on the bench beneath the tree; a place of protection, of safety; a place in Prague, the “Bastion u Božích muk”.

Revitalisation was completed on the basis of the winning entry in a public architectural competition, held by the district government of Prague 2 in 2007. The new structure for public facilities was designed as a building below ground, a hidden acropolis attracting visitors with its contents and its form, not through mere visibility. It is conceived as an autonomous, solid “seashell”, inserted into the layerings of the archaeologically defined stratigraphic levels of Baroque and modern terrain, while not disturbing the character of the fortifications and the visual outline of the defensive walls. In its formal vocabulary, the building is elementary, minimal, and grounded in the material principles of fortification architecture: firmness.

The structure is available for varying uses: a universal hall for exhibitions, social functions or a café, facilities for the public and for operation. With its open front sliding-glass wall, turned towards the panorama of Vyšehrad, the exterior becomes a fully valid component of the interior. The renewed visual communication between the two fortifications helps recall the strategic importance of both structures in the historical urban space. Inside the bastion, the landscaped area allows for outdoor art exhibitions or open-air cultural events. Connection of the areas through the rampart is made possible through a passageway running between the medieval and Baroque fortification walls. Included in the realization is the reconstruction of the wall chapel, supplemented with a contemporary sculpture, “The Crucifixion” (Boží muka).

Revitalization of the Bastion is the first realized stage of a much larger project intended to spur the process of revival in the wider vicinity, leading local residents to visit the area, and attracting public attention to allow for the continuation of further stages in the project. Insertion of new recreational and cultural functions into the structure of heritage objects makes possible their rescuing – not as lifeless museum-objects, but as a natural, living part of the city. The ensuing architectonic form is proof of the possibilities of connecting the heritage approach to the restoration of historically valuable structures, and the measured yet self-confident contemporary implementation of new contextually aware architecture. As such, it becomes an example of a method applicable in other areas of a similar character.

In addition to the contextual supplementing and the increasing of the potential of the extant environment, the new buildings can also provide the aesthetic experience of their architecture in itself. Complexly layered volumes were created not through the mere accretion of details, but instead through the placement of a layer of volumes into the actual masses and space, volumes that accent, initiate or even merely play host to the subtle impressions of the environment. With the addition of the contemporary sculpture “The Crucifixion” (Author Pavla Melková, Miroslav Cikán, MCA atelier) in the restored – and re-consecrated – chapel, the genius loci has been strengthened and the name of the place returned to its original meaning. 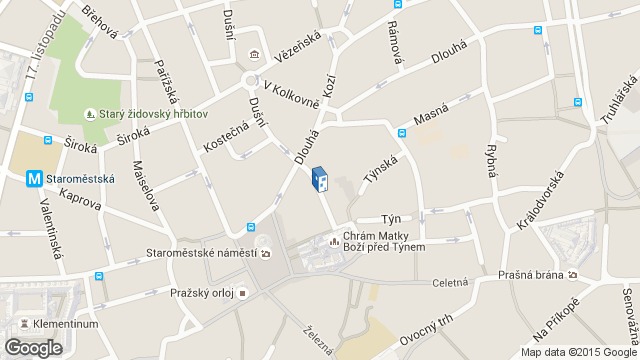