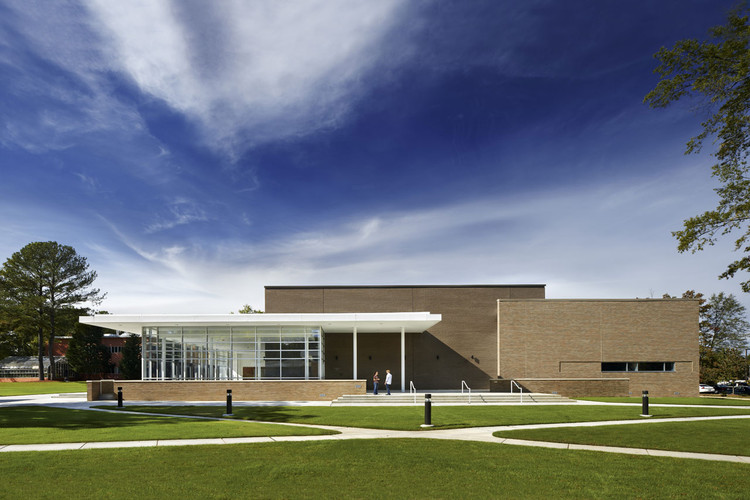 Text description provided by the architects. The Lauren Kennedy and Alan Campbell Theatre establishes a home for a burgeoning theater program at Barton College, a small liberal arts school in eastern North Carolina. Owing to its location on the campus, the theater creates two spaces: one fronts the campus’ iconic chapel, the other works in conjunction with the Fine Arts and Music Building to create an arts quad where theater patrons, actors, and students mingle before and after performances. The shifting asymmetrical wall planes of the building exterior attempt to visually represent the energy and dynamic nature of the theatrical performance. The black box itself is a simple flexible performance and teaching venue allowing great variability in stage and seating configurations. The project addresses both programmatic and spatial complexity on a modest budget.

The glass enclosed lobby offers a generous, light-filled counterpoint to the black box. A series of bypassing brick walls and terraces extend into the courtyard, anchoring the building to the site. Brick used for the project blends in color and texture with the architectural heritage of the campus. A sheltering roof plane extends overhead providing a visual connection and shade for the lobby and outdoor terraces. 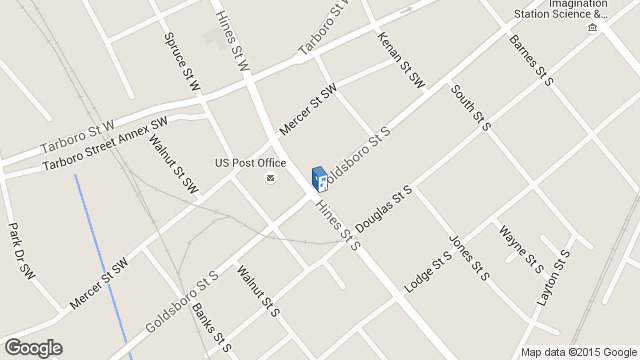 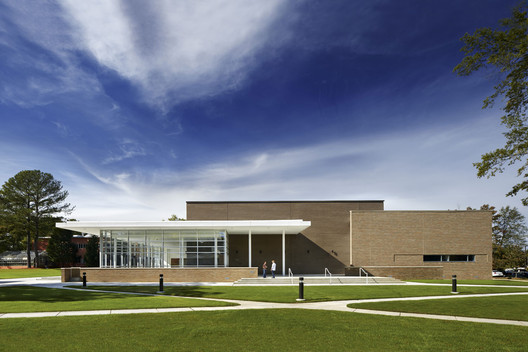