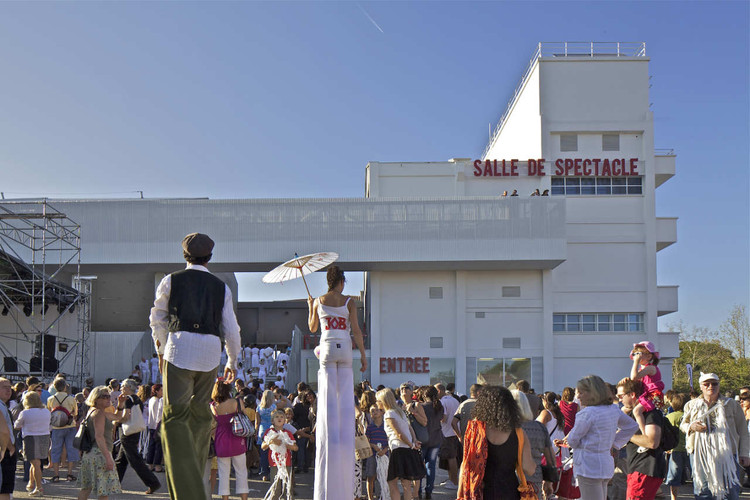 Text description provided by the architects. The Amiral Job building is located in the Sept Deniers district of Toulouse. It is all that remains of the industrial history of this working class area. The “Job“ brand (makers of cigarette paper) is emblematic of Toulouse and has - in the minds of the locals - survived the industrial struggles that led to the closure of the factory.

Amiral Job, with its outstanding modern design by Pierre Thuriès dating from the 1930s and 1940s, has thus been preserved to be used for new purposes. It has become not only a public facility serving the needs of the district and the city, but also a place of memory and of a focus of local renewal, in a district where many former "Job" employees still live.

In order to fulfil this dual purpose, the ambition was to offer a well-balanced architectural combination of preservation and extension, along with strong programmatic diversity.

Set back from the main road that runs through the district, Amiral Job's “historic gable“ faces towards the city, while a perpendicular road serving a new area of housing runs along its preserved north-facing façade.

Access is via a broad public space (to be developed in future as the central feature of the area) that runs along the south side. Broad amphitheatre steps lead up to a raised central courtyard from which the rest of the facility radiates. This inner/outer space can be adapted and appropriated in different ways; it is open to potential exchanges that do not form part of the brief and which are common to the various entities.

Around the courtyard stand two distinct but associated buildings. On one side, the community spaces (the youth centre and the "7 Animés" community association) and the concert hall (130 seats)) are housed on the converted floors of the “tower“ linked to the “historic gable“. Behind them, a (reconstructed) hall houses the music school, located above the public swimming pool and linked to the concert hall by a walkway spanning the courtyard.

The form of the project, which uses parts of some buildings and repeats the dimensions of others, is elementary and its architectural solutions are simple. They tend to unify the different functional components within a coherent whole. The white colour of the entire complex (a nod to the "ocean-liner" design of its modernist sections) helps create a sense of cool neutrality that is only interrupted by signage echoing the graphic design of the original Job brand logos.

Inside, the sense of overall coherence does not prevent the sections from asserting their own identities, especially by emphasising that areas of spatial transition are also shareable (amphitheatre steps, auditorium, exhibition area, etc). The ways in which Job's future users make the site their own will make it possible to perpetuate the history of the site in new ways. 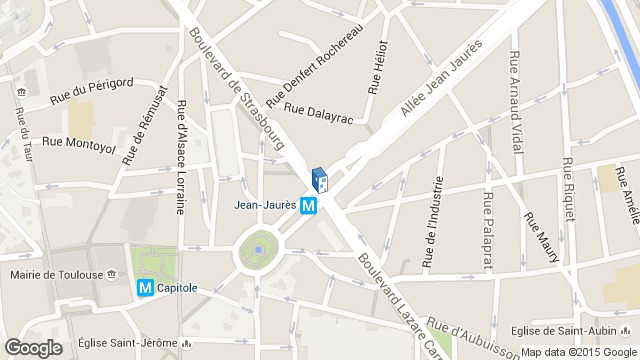