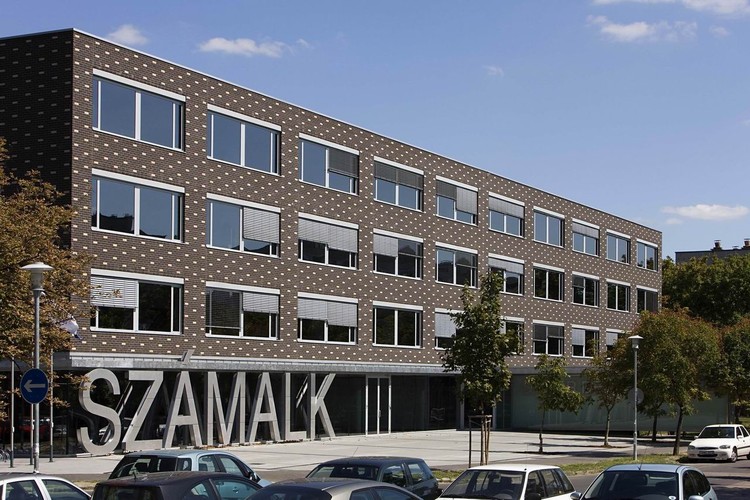 We have already made designs for SZÁMALK before, such as the reconstruction of their 40-year-old headquarter. Among those plans, the 242 people capacity lecture hall of the center building at Etele Street was realized. Already at that point, the possibility of a new building – instead of the questionable efforts of the reconstruction – occurred. The construction works of Budapest Metro 4 and its possible subcenter in the vicinity of the neighboring Kelenföld Railway Station revalued the site. Finally the client decided to sell the lot and construct a new building. The site for this new building is near the crossing of Etele Street and Tétényi Street, and is actually not so far from the old one. An elementary school was demolished here, which was previously closed due to the lack of students. The design program consists of mainly rooms used by Gábor Dénes College and other educational institutes. The client asked for lecture halls of different sizes (the main profile is the education of computer studies and economics on advanced level), offices for a big staff and other rooms to support their service. A lecture hall for 200 people, a cold buffet-kitchen and an underground parking space were also established here.

The educational activity is basically all-year around. Due to this reason and to deal with the thermal load generated by the numerous computers, the building is air-conditioned. The floor plan is devised with a three-row division layout: classrooms face North – this way they are evenly illuminated but receive less heat impact from the sun – and offices face South. Details are developed to allow any alteration in the size of the classrooms. In the middle row of the floor plan – to counterpoint the tight-fitting outer ones – staircases, elevators and the main hall are situated in an airy configuration. Such as in the Elementary School of Budaörs there is an atrium above the main hall. The floating appearance of staircases is realized through a special structure. During the construction we recycled materials from the lecture hall of the demolished, old building at Etele Street. The economical building coverage allowed us to construct Mérnök Ház - Student Hostel on the same lot a year later. 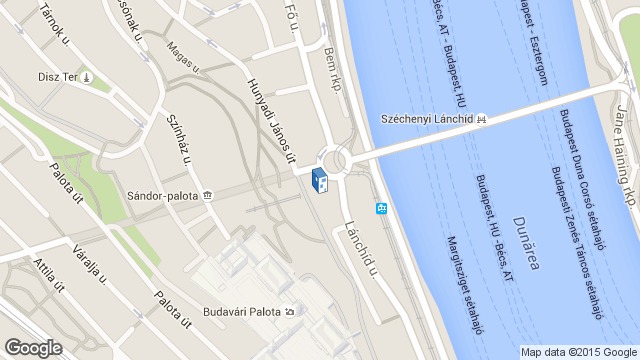 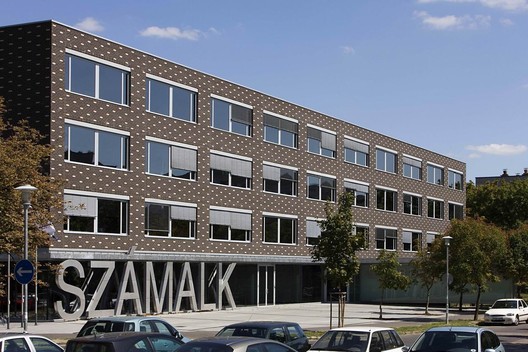