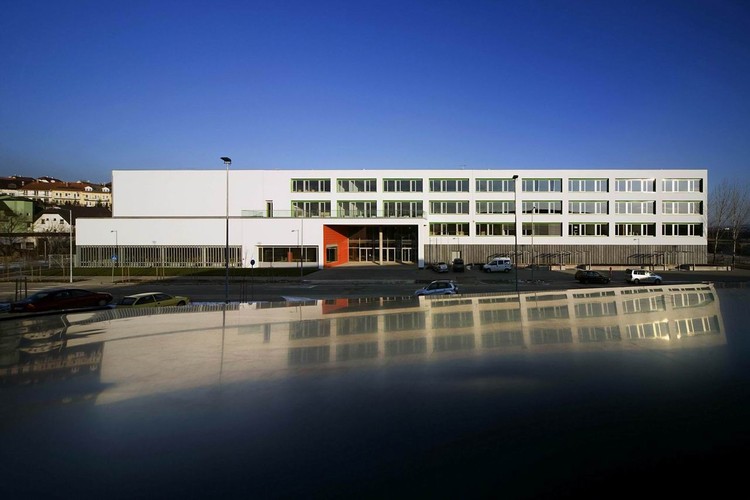 In 2006, the Municipality of Budaörs city announced a national competition for the design of its new elementary school with 24 classrooms. Though our proposal won third prize, the contract eventually was given to our office.

The competition demanded an extremely elaborate program on a narrow, triangular plot. Besides the 24 classrooms and the necessary field rooms, a fully fitted hot kitchen for the capacity of 500 people, the attached restaurant, a separable gymnasium including 2 basketball fields and changing rooms were to be allocated.

Having sketched many versions, finally our proposal suggested a simple, compact shape as a solution: a four-storied building with a basically three-row division layout. Thus, the most spacious area could be allowed for outdoor activities as well.

On the ground floor, the kitchen-restaurant, the generous, multi-storied high main hall and the parking lot was situated. (Due to aggressive and high groundwater, construction of an underground parking space was not possible).

On the first floor, above the kitchen and the restaurant, the huge gymnasium was positioned, separated from the row of classrooms by the zone of changing rooms and the air space of the main hall.

The east- or west-facing rows of first, second and third floor classrooms, such as the lecture rooms, teachers’ rooms and offices as well, are flexibly re-allocable. These deep outer rows are bilaterally illuminated; secondary light is gained from the inner corridors. Circulation spaces, service blocks and illuminating zones are positioned in the middle row.

Above the space of the main hall, on the third floor, there is an atrium similar to the one on the second floor. These provide the students of their respective floors with a good possibility of spending the breaks still indoor but in the open air.  We used natural materials to form this complex program into a building: white plaster, wooden surfaces, lots of glass – all durable. We endeavored to wrap all areas of intensive student activities and to devise sanitary blocks with exceptionally good quality. We equipped the classrooms with a special, automatic ventilation system combined with automatic shading devices, unprecedented in Hungary.

Areas of sport and leisure activities articulate the limited outdoor space and serve the intensive recreation needs of the students. Having finished the public procurement process, construction began in December, 2008 and was completed in September, 2009. 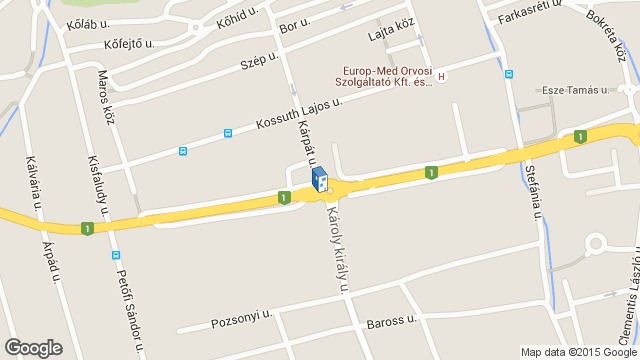 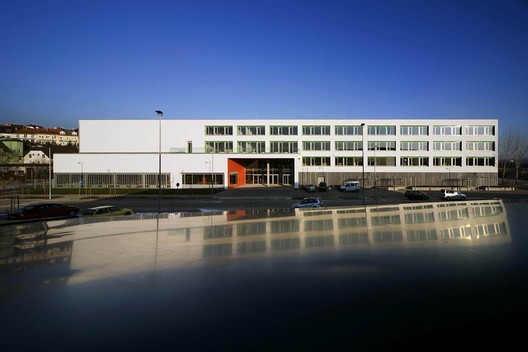