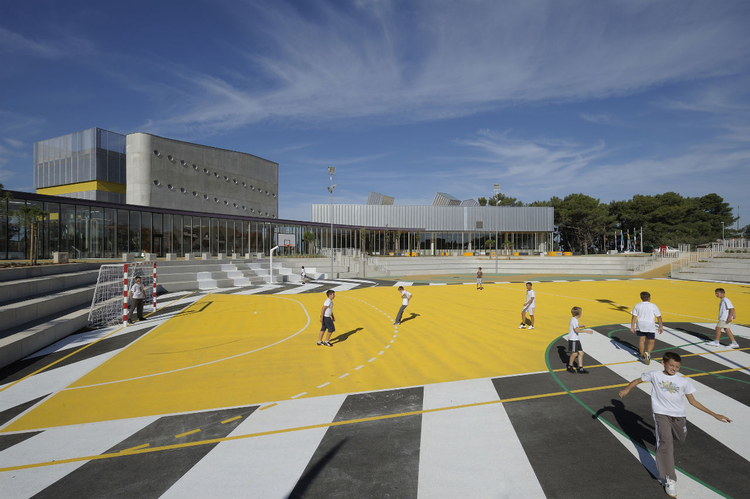 “Veli Vrh” is a Pula suburb with low-density housing dominated by the primary school situated on top of the hill. In February 2008 the school caught fire and was completely burned down, thus creating an unusual void bordering with pine trees in the middle of a typical suburban sprawl. This specific condition of emptiness served as the basis of the design concept.

This new primary school project is the winning entry of the competition released soon after the fire, in August 2008. The brief extended the program of the school with the Kindergarten, swimming pool and the Community Center, recognizing the school as the neighborhood’s focal point.

Due to the above-mentioned reason, the project divided the program into separate volumes forming a heterogeneous structure, creating an urban fabric in place of a building. The school is dismantled in its basic elements and re-connected in a new complex. Individual parts of the school consist of the following premises: classrooms, offices, a library and a gym. All the premises are conceived as separate buildings, connected with a longitudinal hall covered with a large canopy. The Kindergarten and the Community Center are located on the other side, encircling the site.

The location of the former school that went up in flames is left as a void space. This area is a natural amphitheater located in the center of the site, used as a playground and stage for both public and school events. 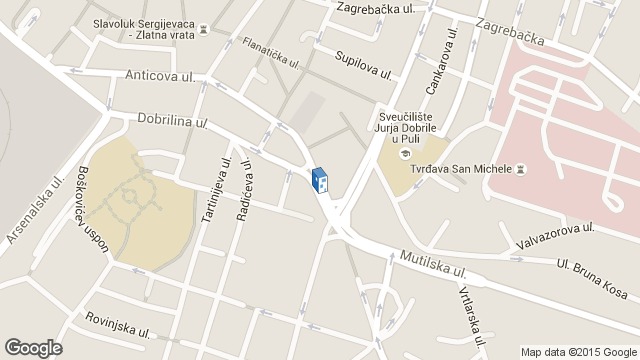