Text description provided by the architects. LHT Tower re-development comprises 29 storeys, with 11,000 sqm of Grade A office space and 3000 sqm of podium retail and restaurant. Situated at a prominent corner of the Queen’s Road Central and the pedestrianised Theatre Lane, the inspiration for the design was drawn from the site and its special theatrical history.

Challenging the standard tower-and-podium single building development approach and yet not sacrificing the commercial value of podium floor retails, the design features a dynamic folding façade system on the eastern elongated side of the building that wraps the podium and the tower in a formal continuum. To the west the ribbed wall projection together with the roof feature forms the extension of the adjoining wall and the programme functions are sandwiched by these two folding skins of opposing natures, delineating the two different urban characters flanking the site. The building presents itself as an urban landmark that demarcates the start of a series of old attached buildings with narrow street frontage down the Queen’s Road Central to the west and the free standing contemporary office buildings to the east. Responding to the busy foot traffic along Theatre Lane, the escalator zones at the retail floors are strategically placed next to the twisting glass skin to form an animated and engaging façade, offsetting the undesirable blank wall backdrop of the pedestrianised lane in the past owing to the function of the former cinema building. The non-linear folding of the curtain wall gives an impression of a stage curtain, opening to reveal the office and retail spaces within and creating a subtle reference to the iconic Queen’s Theatre that previously occupied the site. 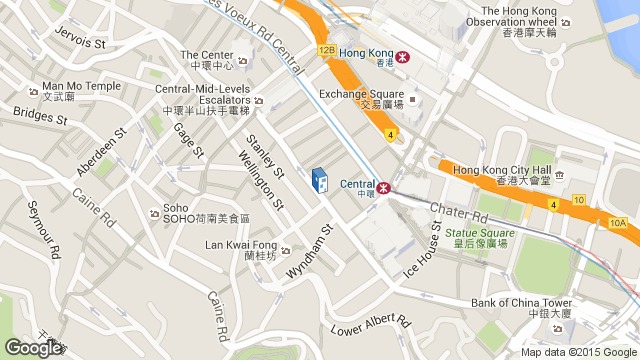