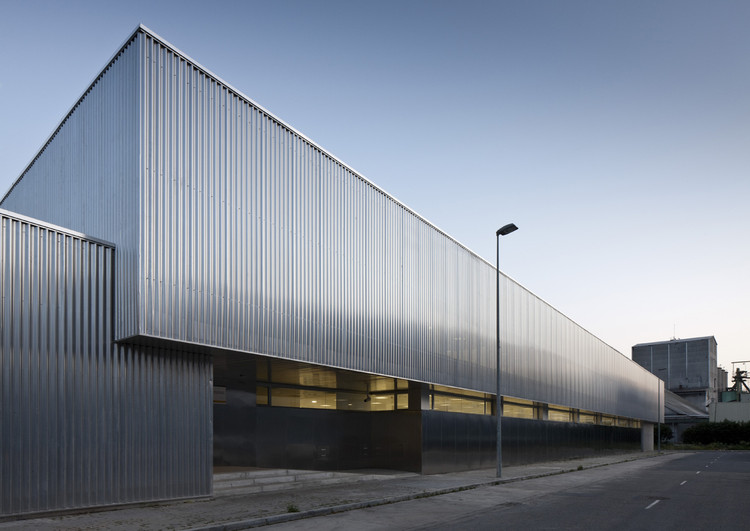 The new building for the Service of State Employment in Seville is located north of the city within San Jeronimo district. The site has an area of 3226 m² and is bounded by streets recently executed by the current planning, and the rear of the houses in the streets behind. The new building completes the block of suburban housing in the area, and is inserted into the industrial surrounding. This tissue is made up of factory buildings from previous decades, and new warehouses currently under construction.

This part of the city is in a frantic development. The imminent opening of the north access highway Sevilla-la Rinconada, will connect the building to the rest of the city.

The scheme of circulation and operation of the building poses easily and with clearly differentiated spaces. The setback of the stainless steel façade on the ground floor protects the access of the visitor to the building. Once inside, the entrace hall opens into a courtyard which organizes the circulation of the groundfloor around itself. The connections among different areas are generated that way.

The waiting areas are located on top of each other connected by the main staircase. The staircase opens into a double height that accompanies the inclination of the roof.

The basement contains a parking for 64 vehicles and spaces for storage and archiving.

The entire project is built with prefabricated materials, which require less energy cost for their production, shorten lead times and minimize solid waste on site.

Structure, walls and floors are made of reinforced concrete with larger thermal inertia, becoming natural accumulators and heat radiators.

The courtyards in the development of the building allow all the spaces have cross ventilation and natural lighting.

- Solar control system: the perforations cause the light sifted for uniform illumination of the entire room by reducing the consumption of artificial light.

- Thermal control: the camera between the skin and the closure is in constant air renewal which produces the attenuating of closures warming.

- Acoustic control system: the holes in the skin cause the attenuation of airborne sound.

- Element of privacy: the skin acts as a lattice, the inside is not seen from the outside.

The area of the Union Unit is eleveted 1.20 m over the street level, allowing ventilation and natural lighting also get into the basement parking.

The resulting volume is embodied in a concrete and glass structure, covered with a perforated aluminiun skin over the façade and the roof, that values the shape of the building and responds to the aesthetics of the surrounding industrial landscape. 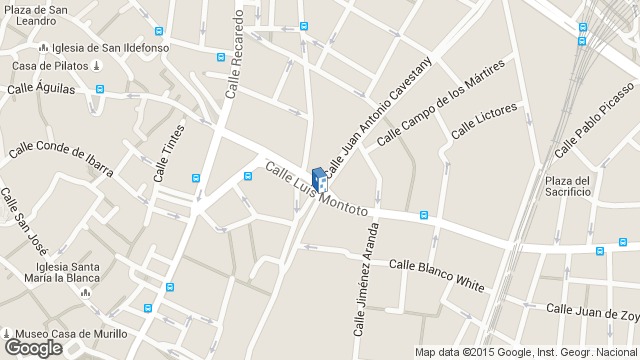 Location to be used only as a reference. It could indicate city/country but not exact address.
Share
Or
Copy
About this office
UNIA Arquitectos
Office
•••