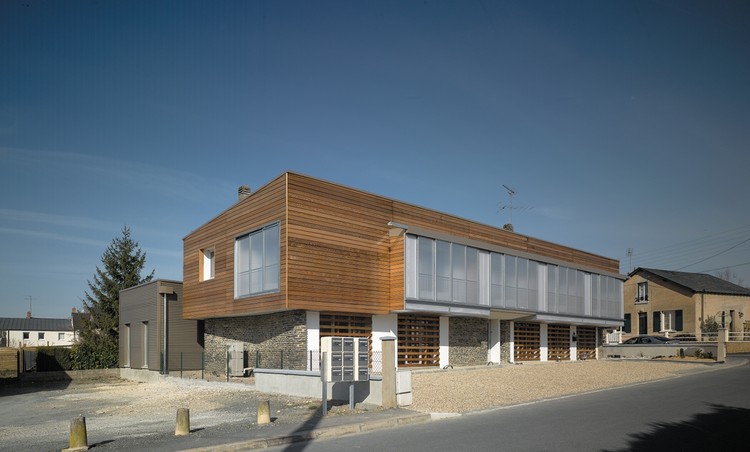 Text description provided by the architects. This project is located on the commune of Saint Maur, in the outskirt of the city of Chateauroux, Indre, France. It consists in the conversion of an existing building and its extension at the end of a plot, into a multidisciplinary healthcare center able to accommodate medical and paramedical activities.

The existing building is typical of the fifties; the first floor differentiates itself from the ground floor thanks to its volume and the materials used. The project was realized in two stages as the first floor was still occupied when the renovation works started.

The existing building is modified in its external appearance: however we chose to keep its original frame, that's why the first floor differentiates itself from the ground floor. The wooden box (in red cedar) replaces the coating and the balconies are covered by a polycarbonate facade. This enabled us, by means of an exterior insulation and the use of glass to achieve higher energy efficiency and cooling of the building. The opening of the facade allows to control the provision of heat.

The ground floor is kept in its existing structure and the garage doors are replaced by windows protected with stud blinds which filter natural light. At the back, a wooden framework extension, which borders the property, is built to provide doctors and dentits' offices. Each room gets natural light either from the shed or the patio.

The lobby situated between the existing building and its extension is signalled with bright colors. The building is equipped with two calorific pumps and one mechanical ventilation with double flux. Natural light is favored and artificial light is controlled according to outside light and presence detection. 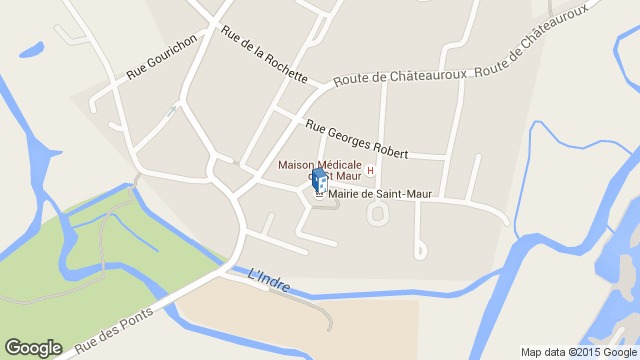